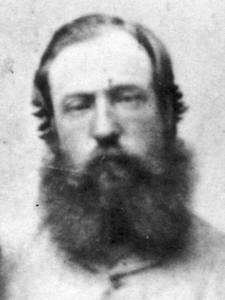 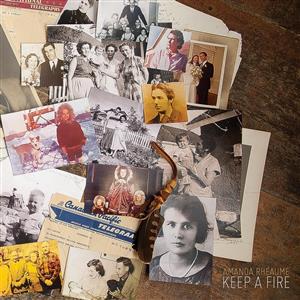 With its nautical theme and references to the Northwest Passage, Amanda Rheaume’s “Ancient Rime” sounds like it could have been written by the late folk icon and boat enthusiast Stan Rogers. Dig a little deeper into the 31-year-old Rheaume’s history, however, and it turns out that the song was inspired by a different Canadian wayfarer: her maternal grandfather, Thomas Arthur Irvine, navigator on HMCS Labrador, the first vessel to circumnavigate North America in a single voyage.

“Back in 2009, I was on my way to Alert to perform for the troops. I was in a Hercules plane and all that was exciting, and then someone said, as we were halfway through our journey, that we were over the Northwest Passage,” the Ottawa-based singer explains from a Saskatoon tour stop. “I sort of had this vision of looking down and seeing his ship on the water, and went back in time, thinking of him down there and kind of also seeing it through his eyes.”

Irvine isn’t the only family member immortalized on Rheaume’s second full-length, Keep a Fire. “Not This Time” recounts the near death by drowning of her paternal great-grandmother and her six children. “Keep a Fire in the Rain” pays homage to her Ojibwa grandmother, a beloved midwife who was nonetheless exiled from her native reserve for marrying a white man. “AGB Bannatyne”, in turn, chronicles some of the achievements of her great-great-grandfather, one of the founders of Manitoba and a friend of Louis Riel.

Writing about her remarkable family proved a way of memorializing the past while moving forward for Rheaume, who describes her 2011 debut, Light of Another Day, as a relatively conventional collection of autobiographical ditties and heartbreak ballads.

“This time, though, it was very much like ‘I’m going to go on this journey of writing songs that are based on stories,’ ” she explains while giving credit to her cowriter, John MacDonald. “He and I wrote the first two songs, and then after we were done we just said, ‘You know what? This is awesome. So let’s just keep on going.’ I would go over there with notes and facts and information, and I would tell him my ideas about what might be a song, and we would write out whatever come to mind. But instead of just singing Wikipedia, we really tried to put ourselves in their shoes, or put a human twist on what was happening at that time. You know, like ‘How would they have felt?’ ”

As evinced by Keep a Fire, the strategy works, and Rheaume hopes to build on it for her third collection of songs. This time, though, her inspiration won’t be drawn from family scrapbooks.

“The other thing about doing this job is that I cross this country a lot,” she says. “I’ve gone across five times in the last four years, or something like that, and I meet so many amazing people and cross so many different provinces and cities, and what’s become apparent to me is that singing about Canadian stories and singing about our history as a nation feels important as well. I want to tell the stories of the people that are here, so I’m jotting down notes about the interesting things that I hear, and then I’ll investigate them further.”
-Alexander Varty, straight.com