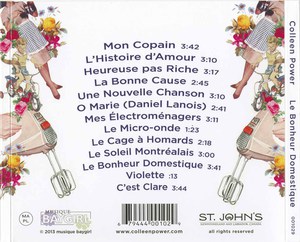 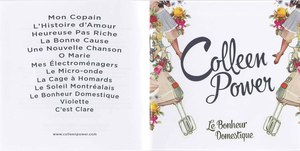 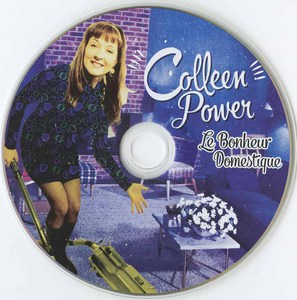 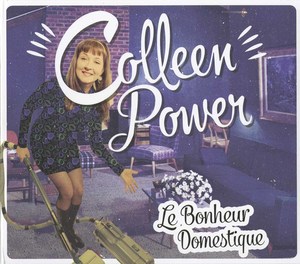 If a true artist can find inspiration anywhere, then Colleen Power is the very definition of artistic.

Her latest CD, “Bonheur Domestique,” was inspired by her life as a working mom — and includes instruments like the fridge door, toaster and vacuum cleaners. There’s a song called “Mes Électroménagers” (“My Household Appliances”) and another called “Le Micro-Onde” (“The Microwave”), as well as “Claire Marie,” an ode to Power’s six-year-old daughter, featuring the little girl’s voice.

“That’s it, I’ve got two small kids. I’m a mom. I have a job. It’s all stuff that’s got to be done, because it’s not going anywhere,” Power, who works full-time as news director at MUN’s CHMR radio, said of her inspiration, laughing. “I think a lot of people will relate to it.”

“Le Bonheur Domestique” (“Domestic Happiness”) is the Placentia native’s sixth CD — seventh if you include “Bed Tracks,” a record made with her partner, Roger Maunder, as alter-egos Flo Murphy and Wish Crosbie — and the most recent since 2010’s “Songs for Little Ones,” on which she collaborated with local bluegrass band Crooked Stovepipe, which earned a MusicNL award a year later. The CD included bluegrass versions of children’s favourites, some of Power’s original tunes, and songs by Ron Hynes, among others. It also included a different version of “Claire Marie,” and Power followed it up with a video for the song. Maunder put together the video using clips of Claire shot mostly on Super 8 millimetre film from the time she was a baby, and it ends with a shot of Claire with her baby sister, Ida, then a newborn.

Six years ago, Power released “Terre-Neuvienne” (“Newfoundlander”), her first full-length French CD. The first single, “Aucune Idée” (“No Idea”) spent 10 weeks in the No. 4 spot on Radio-Canada Manitoba’s Top 20 countdown, and the record earned her a spot representing Atlantic Canada at the Serie Découvertes at Montreal’s Place des Arts.

In 2009, after the release of her CD “Rejects,” Power was named Maritime Artist of the Year at Montreal’s Rendez-Vous de la Chanson Vivante, a emerging songwriter showcase for Francophones.

“First when I started out writing in French I had to sort of try to do it, but especially in the first few years,” Power said. “I always liked French and I did a minor in French in university, but I went back a couple years ago and changed it to a major. Around the time I was doing my degree, I wrote a whole whack of French songs.”

The record is fun as well as funny. Some songs are sarcastic, and some are satirical, with names like “Heureuse Pas Riche” (“Happy Not Rich”) and “Le Cage à Homards” (“Lobster Trap”).

In “Mon Copain” (“My Boyfriend”), Power laments over a partner’s lack of understanding.

“Where are the little jokes?
Why am I sad every day?
Why doesn’t he want to know romance?
Why does he always pee on the floor around the toilet?,” Power asks in the song.

One song is an actual exercise in French pronunciation (about appliances), and there’s use of some experimental recordings, which Power said was a lot of fun. The vacuums, fridge door, microwave and toaster are all featured at some point on the record, in songs which range from pop to rock to French café-style to what Power calls “Retro Housewife.” There are eight original songs written by Power, three co-written with people like Sandy Morris and Aneirin Thomas, and a version of Daniel Lanois’ “O Marie.”

“The overall feel is more laid-back than ‘Terre-Neuvienne,’ I think,” she said.

Power recorded and engineered the album herself in her home studio (“At nighttime and on the weekends when the girls aren’t around,” she said), with the exception of one: “La Bonne Cause” (“Good Cause”), which was written and recorded in the studio with local hip-hop artist J Frost.

Though she hasn’t ventured into hip-hop herself yet, Power sees the value in the local burgeoning hip-hop scene, which she says is underrated.

She’s working on another French project at the moment, but didn’t divulge much information about it, other than it’s tied to Newfoundland’s French history.