Newfoundland singer/songwriter Colleen Power’s award-winning debut recording, “Lucky You Are” in 2000 quickly showed that she is one of Canada’s finest songwriters. It was Reverb magazine’s number one album to buy for 2000. Three songs were featured in CTV’s “The Associates” and several tracks received extensive airplay on national and international radio stations. Following its release, in 2001, Colleen won Music NL Female and Alternative artist of the year and received three East Coast Music Award nominations. The CD was named one of the top ten Newfoundland Albums of All Time by Alan Doyle of Great Big Sea in “The Top 100 Canadian Albums” by Bob Mersereau.

Colleen’s sophomore release, “Face and Eyes” won the Music Newfoundland and Labrador 2004 Alternative Artist of the year, received three ECMA nominations and was named in the Halifax Chronicle Herald as one of Stephen Cooke’s Top Ten albums of 2005. “Na Na Song”, the first single, went to number one on the nationally syndicated East Coast Countdown.

Colleen’s fourth CD, Rejects, a collection of weird and humorous songs won her Alternative Artist of the Year once again in November 2009. Videos for “New Townie Man”, “Dead Bird in the Garbage” and “Sketchy Jerome” have become youtube phenomena.

In August, 2010, Colleen teamed up with the ECMA Award-winning Newfoundland bluegrass band, Crooked Stovepipe to record a children’s bluegrass CD, “For Little Ones”. The CD includes bluegrass versions of children’s favorites, Colleen’s original songs for little ones and songs by Tommy Sands, Ron Hynes, Malvina Reynolds and Aneirin Thomas. She shares the 2011 MusicNL Award for Female Artist of the Year with Crooked Stovepipe for this CD.

In Spring 2013, Colleen introduced “Le Bonheur Domestique”, her second full-length French release and seventh studio album. Like her other albums, the CD features many talented Newfoundland musicians.She has reached number one in the top ten at CIVR in Yellowknife with “Heureuse pas Riche, her second release from the album. The first
single, “Mes Électroménagers” reached number 4 on CKRA in Quebec City. Colleen showcased to rave reviews at the 17th Edition of Francofête en Acadie in November, 2013. She will be the only Newfoundlander/Labradorian to perform at the International Acadian Congres to be held in August 2014 In Edmunston New Brunswick, its first time in Canada. 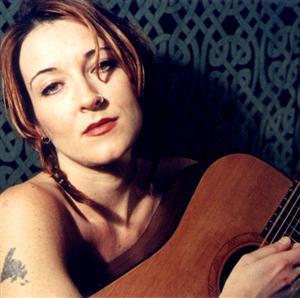