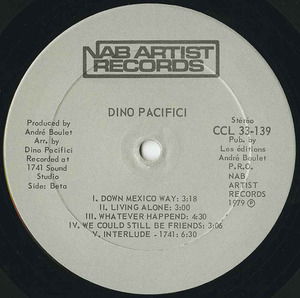 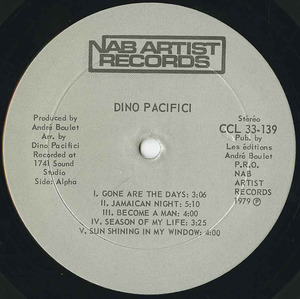 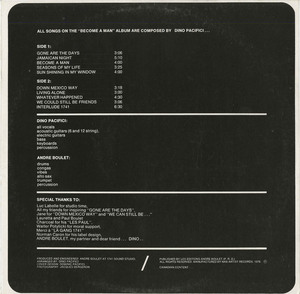 Dino Pacifici - Become a Man BACK 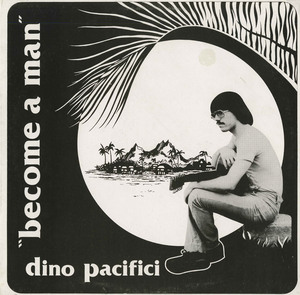 Dino Pacifici's first recording, 'Become a Man' has become a personal favourite album of mine. It was pressed in a quantity of 500 copies and has become hot in the collector market - for good reason. The album has also received a lot of airplay on this website. Thanks to Dee for allowing folks to stream the album on mocm.ca. "It was recorded and mixed in my friend's eight-track studio in a converted lawnmower shed. Glad you are enjoying it. I started writing the songs when I was 13 and finished the writing at 19. The album was then recorded. Great experience!"-Dino Pacifici
-Robert Williston

There is much to be said about true artists in the recording industry. They must be gifted and creative, and at the same time demonstrate a complete awareness of the everchanging musical Spectrum and their special place within it. Dino Frank Pacifici is that consummate artist whose sound and gift is grounded in New Age/ambient music with a jazz influence in combination with his own unique identity.

Born in Montreal on July 20, 1958, DINO FRANK PACIFICI began his musical studies at a very early age, concentrating on classical guitar. In 1982 he received his Bachelor's Degree in Fine Arts (music) from Concordia University.

Over the years Dino has kept busy writing Pop-Oriented and Dance music and playing in local bands. Dino has spent many years studying, recording, and performing live in which he continuously expands his musical horizons. Dino has become proficient with bass, keyboards, programming of electronic instruments, as well as his first love the guitar.