Born in Montreal on July 20, 1958, Dino Frank Pacifici began his musical studies at a very early age, concentrating on classical guitar. In 1982 he received his Bachelor's Degree in Fine Arts (music) from Concordia University.

He has also released 6 ambient space music cds since 1994 including Hallowed Ground and The Float Zone and 2 chillout/jazz cds. The journey continues...

Dino Pacifici's first recording, 'Become a Man' has become a personal favourite album of mine. It was pressed in a quantity of 500 copies and has become hot in the collector market. The album has also received a lot of airplay on this website. Thanks to Dee for allowing folks to stream the album on mocm.ca
-Robert Williston 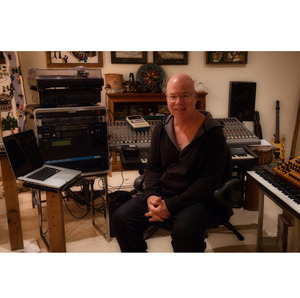