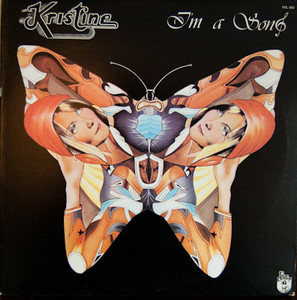 Kristine Sparkle was the distaff answer to glam rock superstars like David Bowie and Marc Bolan, but failed to earn either the commercial or critical adulation of her male counterparts. She first earned recognition under her given name, Christine Holmes, and as a member of the pop group Family Dogg, who scored a U.K. Top Ten hit in 1969 with "Way of Life." Around the same time she was also a regular on the children's television program Crackerjack. In 1974, Holmes signed to Decca; rechristened Kristine Sparkle, she issued her debut LP, Image, which contained glam remakes of girl group chestnuts including "It's in His Kiss" and "Baby, I Love You." The album stiffed, however, and now credited as simply "Kristine," she resurfaced two years later on the Power Exchange label with I Am a Song, notching a minor hit with "Pussycat Tiger." Also in 1976, Cliff Richard reached the Top Ten with a cover of her "Devil Woman." The curtain nevertheless fell on Kristine's pop career, but in the decade to follow she was a regular on the TV series Who Do You Do. RPM released Devil Woman in 2008.
-Jason Ankeny, Allmusic