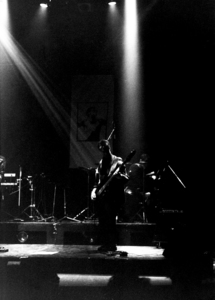 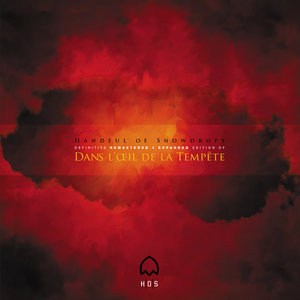 2021 marks the 30th anniversary of Handful of Snowdrops sophomore album "Dans l'Oeil de la Tempête". The 1991 release of the album was plagued with problems. Inexistent budget, makeshift studio, no experienced producer or engineer are only the tip of the iceberg. The labels had financial problem and didn't promote it. They didn't care to master the mix down or even normalize it before burning it to CDs! The result was and unbearably quiet album, lacking any punch and low-end.

With this release I tried to give back these songs the little dignity they were stripped of. The anniversary double CD edition contains the remastered album on the first CD and both of HoS' Doctor Death compilation contributions and every home demos Handful of Snowdrops recorded between "Land of the Damned" and "Tempête" on the second CD.

Unfortunately, the maximum amount of music that a CD can hold prevented the inclusion of the original version of the album. But I've decided to include it to the digital download version, bringing the total amount of tracks of this 30th anniversary to 28!

JP, still writing from the eye of the storm, octobre 2021.

The definitive Expanded and Remastered 2010 Edition of the HoS sophomore album originally released in 1991. Includes two songs from the C'est La Mort's Doctor Death Compilation series and one previously unreleased remix of Hush. (Only available as a digital download)