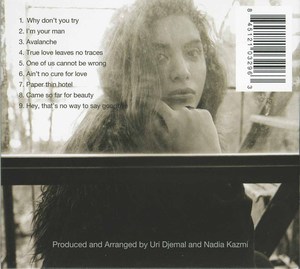 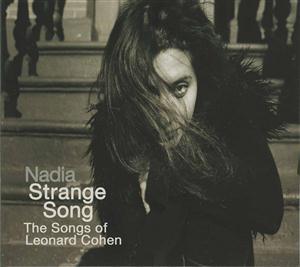 Guns N’ Roses used to open its shows with the sound of the cerebral folk poet Leonard Cohen blasting over the speakers. The strange juxtaposition on Cohen’s autumnal lyrics with that of GNR’s bombastic hard rock made a kind of weird sense. They shared a passionate intensity. Nadia Kazmi takes a more alternative rock stab at Cohen. Nadia coverssome of his deepest love songs (“True Love Leaves No Traces”, “Ain’t No Cure for Love”) and most sensual and heartfelt ballads (“I’m Your Man”, “Came So Far For Beauty”, “Hey, That’s No Way to Say Goodbye”) in a take no prisoners manner. The power of her voice overwhelms the material, but that’s the point. She shows instead of tells her feelings. The music carries a dangerous edge. Nadia always seems as if she’s at the point of losing control, but she always pulls back—the way Cohen might, and lets the curtain metaphorically drop before breaking out of character. Cohen fans will probably not like this disc because Nadia isn’t afraid to transform the song into something that’s hers, but those in search of a dark and gloomy place to rock will find solace here.
Steve Horowitz, popmatters