Coming from a background of poets in her family, Nadia naturally graduated to lyrical emphasis in her songwriting. Her music has conscious lyrics that display interesting melodies while retaining their catchy hooks.

Nadia recored her debut album ARRIVAL with up and coming producers Alex Elena (grammy nominated 2007) and Josh Valleau (Alice Smith) in New York and Los Angeles in 2008. Songs from the album were used in syndicated television programs such as Keeping up with the Kardashians. The album consisted of all original songs written or co-written by Nadia.

With her second album, STRANGE SONG: The songs of Leonard Cohen, Nadia shares the role of producing and arranging with the help of the talented Uri Djemal of Madpan Studios.

Her second album hones her musical direction and sheds new light on the works of Leonard Cohen, bringing his music into a contemporary arena with a dark Indie rock flavor. With vocal range and unique musicality, Nadia's musical and song choices will surprise the most dedicated Cohen fan yet convert the superficial listener.

"...she also bears out her versatility as a vocalist, affecting both subtlety and raw power with unassuming confidence... With considered, well-crafted lines of imagery and metaphors, Kazmi evokes a rare sense of emotional purpose that makes her music all the more compelling."
Donald Gibson - Seattle Post Intelligencer

"...[A] unique blend of genres complimenting her strong vocals...[H]er lyrics have a message and are interesting. ...[s]he still gives her music a unique spin.... a lot of promise on this debut and it should only lead to more great music in the future."
Adam Davis - Times & Transcript

"Clean and clear, Kazmi’s voice cuts across my heart as I listen to Arrival. Her en- ergy comes at me with the playing of each new soul- filled song on her ten track album. ... Classic and bold, her voice seems to come from a different century. "
Caitlin Snider - Elmira Independent

"✭✭✭✭✭ Calgary native releases enchanting debut album. A singer-songwriter from Calgary now living in Brooklyn, New York, Nadia Kazmi showcases her powerful vocals on her debut album, Arrival. Nadia sings as if each lyric comes straight from her heart. From her melancholic whispers in Julian to frenzied rock temper tantrums in Tyranny of the Heart and touching on genres from blues to techno, Arrival goes beyond the bounds of ordinary music. TIFFANY’S FAVE TRACK: Julian"
Tiffany Sensavang - You Think

"The title track instantly reminded me of the 70’s musical Hair; especially the glorious, feel good, sing-along chorus. Meanwhile, “Tyranny Of The Heart”could have been plucked right out of the original Shaft soundtrack. Overall, Arrival is a solid debut that really showcases Nadia’s lyrical prowess and her taste for a universal soul/rock sound."
Jason Gladu - Pop Journalism

"...[A] collection of indie-rock soul songs that will move you — some physically, some emotionally. This album makes me want to slip on a cocktail dress, dig out those killer heels, and sip back a glass of Chateau Margaux. In other words, it's the auditory definition of classy."
Jane Voloboeva - The Edmonton Gateway 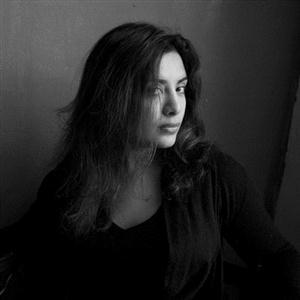