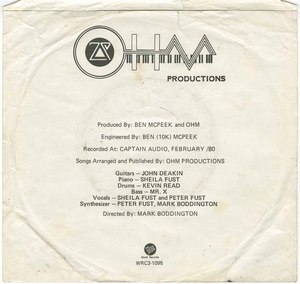 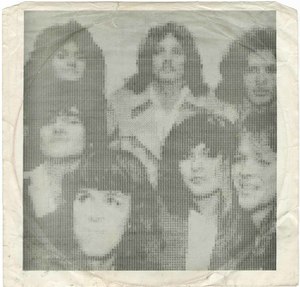 first single cut by Peter Morrison and Sheila Fust as Ohm & the Secret Sources. Peter Morrison "OhmAngel", was born in Budapest, moved to New York then to Toronto with his family, where he started composing original music on the guitar at the age of 13. He had a Near Death experience at the age of 21 due to his Rock N’ Roll lifestyle and after his brush with death and a resurrection onto the light, an angel guided him to a GrandPiano, where he played his own spiritual self-styled classical rock n roll music. 4-GodPeter wrote his first solo compositions for piano, in 1977 entitled “Vibrations From Heaven” & "OhmStation" which was aired by Dave Marsden on CFNY in Toronto 79', followed by this 45 rpm record, followed by an EP in 1984, which was Aired on Q107.

In the 90's, the band transformed into Ohm and the Temple of Sound and later as OhmAngel.