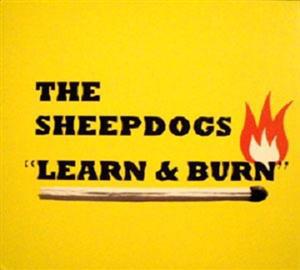 Summary: Classic Rock re-surges in the form of The Sheepdogs. So stop your bitching, they do make music like they used to.

Remember the good old days? The 70’s, where Creedence was on every radio, kids were getting high with a little help from their friends, and America was great? I don’t, and through the haze of THC and alcohol, I suspect that the people who actually lived through the decade don’t either, or at least not clearly. Nostalgia has a very powerful effect on the eyes of history though. With some assistance from Mary Jane and Jack Daniels, the eyes of many were glossed over and primed for nostalgia’s thick paint. I’m sure you’ve heard it all before, “They just don’t make music like they used to… what happened to the good old days…?” Yet, after scraping away at these stained glass eyes, we still have something peculiar; music did in fact kick-ass back then.

The Sheepdogs have done their classic rock homework. They studied diligently through the romanticized goggles of Creedence Clearwater Revival, Lynyrd Skynyrd, Allman Brothers alike. They took all the necessary notes: Harmonized guitar solos – check, soothing melodic vocals – check, that Southern-Rock feel – check. But they did more than just recreate the sounds of the time; they took the lessons to heart. The 60’s and 70’s were about freedom. They were about standing up and realizing, shit, the entire world is at your finger tips. You can make a difference. So, naturally, everyone parties like there is no tomorrow. This was a self enlightened type of partying though, if there is such a thing. It was more of a celebration of life, because life was great, and still is. Through all the drugs and drum circles, The Sheepdogs saw a message: The soul of those days is still the same old soul.

So The Sheepdogs got together and jammed with the spirit of classic rock running through their veins, and what was the result? Learn and Burn: An excellent classic rock album, maybe even an instant classic. It really has it all. They summon aid from the CCR gods on the track “I Don’t Know” with that genuine, Southern-Rock honesty that Creedence is so well known for. They seamlessly shift their style, flexing their creativity and technical ability on the track “Southern Dreaming” with Allman Brother’s influenced guitar harmonies. They also have their vocals on lock. Each member of the band can belt out vocal harmonies with ease. Learn and Burn throws a few changeups in the mix too. The track “Learn & Burn” channels the guitar guru powers of Santana & staff. We also get a slow-down Motown classic in the track “Rollo Tomasi” with a ballad-like piano and strong horn presence.

What is truly impressive is the album’s versatility. Learn and Burn maintains a consistent and cohesive Southern-Rock sound while simultaneously touching on other popular genres of the era. The technical ability is in no short supply either. As I mentioned earlier, the vocals are outstanding. We also get everything else we love about classic rock: guitar solos galore and earnest songwriting. These guys are smart, sure, but they know how to have fun too. This energy and passion translates into pure and simple entertainment. Imagine Creedence Clearwater Revival’s energy paired with The Allman Brother’s lyrics and Lynyrd Skynyrd’s dual harmonized guitars. If you can wrap your mind around such a combination, you would get The Sheepdogs.

Something is at work here, something very special. The Sheepdogs must be voodoo conjurors of some sorts. They must have sold their own souls for the soul of classic rock because Learn and Burn is too good. With the album clocking in at a mere 38 minutes, they leave you yearning for more. It isn’t very often that we see a band emulate a sound we are so familiar with while still making it their own. Really, this is their sound, they own it. It would seem that we don’t have an album here, more of a time capsule. When the sounds of Learn and Burn penetrate our ears, we are transported back the 70’s. All the barefooted, smoke filled glory of it. The ground is muddy, we are tripping on acid and The Sheepdogs are rocking the crowd at Woodstock. The experience is surreal, so sit back and enjoy.
-Beram C. Lansay

buy the LP or CD from the band here: http://www.thesheepdogs.com/?page_id=8