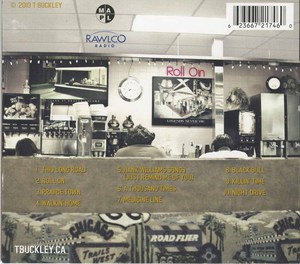 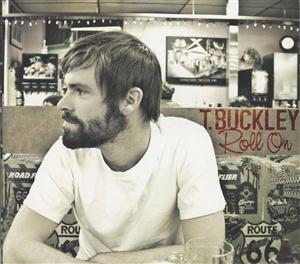 If T. Buckley’s (nee Tim) songwriting prowess is an untapped secret, it won’t be for long.

His first work as a solo artist — with his regulars in Tim.buck.two — hinted at that quality. Derek Pulliam and Ironwood regular Tim Leacock supported his solo work, developing a sound, which, as Buckley describes it, is “country with attitude.” While his earlier work has earned him plenty of accolades — he’s won a Calgary Folk Music Festival songwriting award — he decided to beef up his instrumentation for Roll On, his latest disc.

The trio is now called Tim, and has expanded to up to five regular performers, enhancing Buckley’s work with guitars, bass, drums, lap and pedal steel, keyboards and harmonized vocals. Roll On, released in November, has the group re-creating a live setting, looking back to traditional country with some mighty fine pedal steel solos and a tribute to Hank Williams Sr.

“A lot of guys coming out now doing (similar music) are calling themselves ‘roots,’ ” says Buckley. “It’s one word that encompasses all these different elements — trad-country, folk and a bit of rock ’n’ roll. Some songs (on Roll On) are a nice blend of those three, and some songs lean one way or another.”

Tim notes that his lyrics are more traditional country — “I draw a lot of inspiration from the genre,” he says — even if the music isn’t always so restricted. Roll On has his band beefed up, with 10 performers on the album.
-Carey Rutherford, FFWD Weekly