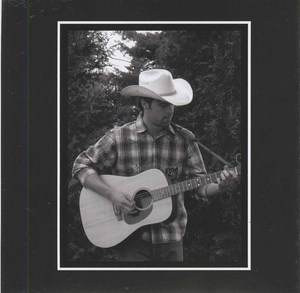 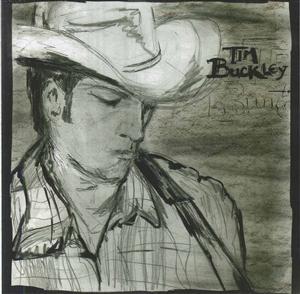 Looking a bit like a young, wirey on-the-road Neal Cassady, and a scruffy on-the-beach Dennis Wilson, Tim Buckley was raised in the “non-posh” part of Lakeview, Calgary, Alberta. Under his well-worn corduroy jacket, he’s a wearing a Neil Young Zuma Beach t-shirt, close to his heart.

Buckley first started strumming a guitar at 14, picking on some of his dad’s campfire tunes. At 20, he and a friend wandered off to New Zealand and Australia, bought a couple “little shitty guitars” and played them everywhere they went. Four years later he’s an aspiring songwriter, steeped in country-folk, while finishing off a degree in history at the U of C. He’s also set to release his debut CD, backed by a handful of Calgary’s tastiest pickers and pluckers.

BeatRoute: Before we get to Tim Buckley the troubadour, what area of history is your focus at university?

Tim Buckley: Canadian history. History of the west, of Alberta and the fur trade, which was really rugged. Those guys had to set up a life for themselves in a real harsh climate and tough conditions. It was brutal. Canadian history gets a bad rap for being calm and orderly compared to the United States. But when you read some accounts, it was pretty gnarly here too.

BR: Tim Buckley. That’s a pretty big name to get confused with.

BR: What were some of the first tunes you started to bang out?

TB: I was a big Tragically Hip fan. Still am, but it was a lot more intense before. Then some Dylan, and then I got into Neil Young a little later. And he’s still the man.

BR: Have you heard that live solo disc of his from 1971 at Massey Hall?

TB: Yeah… oh yeah! It’s awesome. You realize how good he actually was. Still is! I saw him last October in Seattle. You know, the guy’s 62 and he rocked the joint. He played his electric set, and all these people, 24, 25, my age, rushed the stage when he started up.

BR: I see that you throw a bit of Neil into your live set.

BR: And you have the harmonica strapped on.

TB: The rack harp thing. Yup. That took awhile to get the hang of that. But it was something I really wanted to do. You need something to fill out the sound.

BR: When did you have an epiphany that it was good for you to write your own songs?

TB: In Australia and New Zealand. That’s when I got serious about learning to write songs and perform. I also read Neil Young’s biography, Shakey. That was real inspiring, it definitely got the ball rolling.

BR: Neil’s known for his political stuff, his love songs and reflective moods. Do you fall in that camp, or as a history buff do you follow someone like Corb Lund, who feels the world doesn’t need another lovesick pussy?

TB: Ha, ha, ha! I really like Corb as well. I can appreciate both sides of that, and try to take from both. I really dig Corb’s take on Alberta. And then Neil can write stuff everyone can resonate with. Hank Williams also writes some really raw things that tug at your senses. With the songs I’ve written, I really try to pull from both styles.

BR: What’s on your debut CD?

TB: I wrote a song called “Farmer’s Plight,” which is about the Depression and what farmers went through to make it out here. And I wrote something called “Hank Williams’ Songs Remind Me Of You,” which is twangy and country, and all about poor me. Ha! But I’m fond of that tune. I also wrote one called “Big City Blues.” I kind of have a love-hate relationship with the city. I work in the mountains for the summer doing maintenance at a lodge, which is a real nice break. I get tired of the chaos here, especially with the boom going on. It’s great that we’re prosperous right now, but I think the big business attitude rubs off on people’s demeanor and sort of becomes “fit in or fuck off.” I can get away from all that in the mountains. No Internet, no TV. It’s great.
-Beatroute