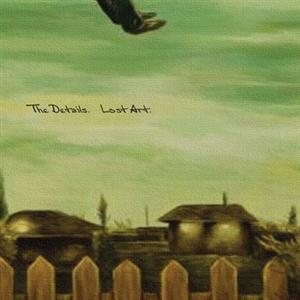 Combining sleepy alternative rock with some country twang, Lost Art‘s Canadiana is like an introduction to prairie land for those of us who aren’t there. This Winnipeg, MB four-piece bring us 11 songs on this LP, with two of them from their The Original Mark EP, which was released last November as a teaser following their first album in 2007. This time, the Details actually eschewed legendary manager of the Runaways Kim Fowley and Hollywood fame (after meeting him at a past SXSW) and went with Stephen Carroll (of the Weakerthans) and the National’s engineer, Brandon Reid, as producers. The result is soothing and clean, but each song tumbles into the next, forming a blanket. Once in a while there’s a different guitar solo or paired melodies. The most notable achievement on this album is the storytelling, such as on the melancholy but settled “Weightless in the Dark.” (Parliament of Trees)
-Jessica Lewis

No lack of accolades for this Winnipeg-based quartet, this album takes the new spring with an old wit and humor. The oil-painting understatement of a canvas found again, inspires an independent lyrical artistry quite at ease with itself. Manitoba producers, Carroll and Reid of Weakerthans and the Nationals respectively, have seen The Details visionary Jon Plett and his band mates make it through SXSW in a flash, and attracting enough attention with their last EP The Original Mark, through to the rock of low-fi balladry featuring Jenn Grant in track, "Voices Fall". Sean Vidalon guitar, K.Martin on bass, Gibson on drums. The lead vocals steer the volume and dynamic of the album and production really well; this eleven-track album reminds one of a good scene, or drive.
-Tristin Norenberg-Goodmanson, Jun 17, 2011