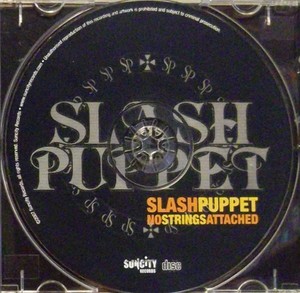 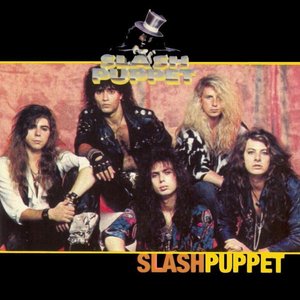 Slash Puppet were a fixture on the Canadian scene from 1989 - 1995. No Strings Attached, a CD version of Slash Puppet's 1989 demo tape known as The Demo, was issued through Sun City Records out of Australia on September 3rd, 2007. The CD is now considered rare and hard to find, and a copy is selling via MusicStack.com here for over $100 Canadian.

This isn't the first time Slash Puppet's music has sold for such a high price. In 2010, a copy of their 1993 self-titled six song EP issued on Sweet Leaf Records went for big money in an eBay auction, selling for $190.50 US. A separate auction prior to that that saw a copy of the same record go for over $140.00 US.

Former frontman Mif contacted BraveWords at the time with a statement on the turn of events:

Mif: "I can't begin to tell you how flattering this really is considering the length of time that has passed since the release of the Slash Puppet EP back in 1993. It is truly unprecedented for a band like ours that worked so hard back then and got so close just to have to call it a day for no other reason than a serious musical shift (the grunge scene)! I've always felt like we were never given a true chance in the scheme of things and were sent a- packing prematurely, along with many of our metal compatriots. I suppose in some ways the music has stood the test of time and for myself as a songwriter and for the the rest of the members in the band, I'm sure, this is truly satisfying along with the fact that we continue to garner the serious attention of fans the world over."