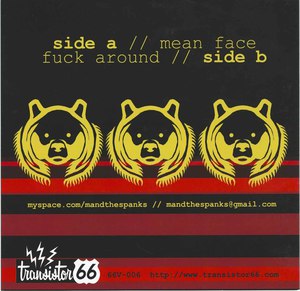 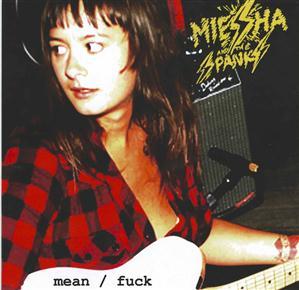 Miesha & The Spanks are a ferocious garage-pop twosome, and the remnants of punk rock n rollers- Calgary's BOGART!. Fronted by Miesha Louie, the gut-spilling songstress, and held down by Justin Landstorfer, the hard-hitting juggernaut, these two make a deadly pairing. The Spanks try to be on the road more often than not, and keep up a steady tour schedule- be it around their home province, or the hot love highways to either coast. Sometimes sweet-hearting, sometimes heart-breaking, and even heart-shaking, their newest album, "mmmade for me," (Transistor 66 Records) covers all the ground rules of love, loss, and lust. Often compared to a more punk rock, whiskey-soaked Neko Case, The Spanks waver the line between crooning country soul and garage rocking givin'er. September and October 2009 will mark their coast to coast Canadian tour, performing in every small town, metropolis, radio station, and sidewalk they pass. rimal, dark, soulful, fleshy , chaotic and passionate are just a few words to describe the female rock trio known as The Gorgon. Their unique patented brand of rock n' roll has been making huge noise in their hometown of Winnipeg since their inception in 2006.