Calgary's Miesha & The Spanks formed in the early summer of 2008 as an amplified two-piece version of Louie's crooning acoustic side project. With songs coming from the same confessional heart, the music matured into the rock n roll Louie had originally sought, with the help of rotating members of "The Spanks"- into the current arrangement of grit soul vocals, ringing sixties guitar, jangly shuffling drums, and wheezing Hammond organ.

Miesha & The Spanks have aggressively sailed the trans-Canada many times, performing everywhere from basements to harbours, dive bars, and legendary rock venues. In their travels they have shared bills with the likes of C'mon, The 222s, Mini Mansions, You Say Party, Pack AD, Little Girls, BA Johnston, etc. The adventure continues March through May of 2011 in support of "Gods of Love," their fourth release, and second full length record.

"Gods of Love" reminisces passionate, unsteady, and unsuspecting love in all its stages, with a mix of sixties ballads and throaty rockers-,and is released by Winnipeg label Transistor 66- home of The Get Down, Hot Live Guys, Bloodshot Bill, The Magnificent 7s, Hot Blood Bombers, and more. 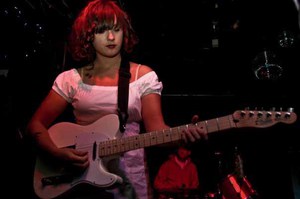 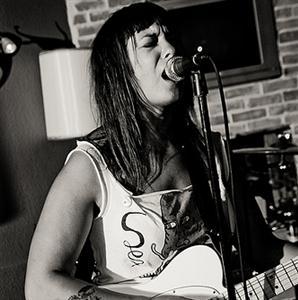