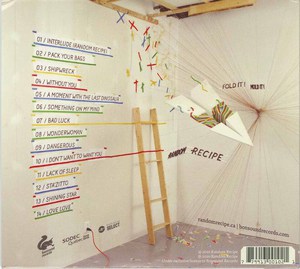 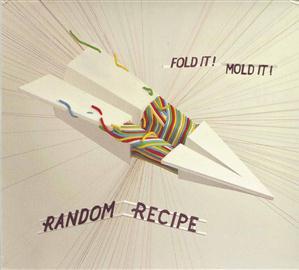 Winner of the Miroir for the Best Canadian Artist
by bonsound on July 18, 2011

Wow! After a great concert at this year’s Festival d’été de Québec, Random Recipe was awarded the Miroir for the Best Canadian Artist prize!

This prize is awarded to the young Anglophone or Francophone Canadian singer-songwriter having presented the best show based as much on the quality of its lyrics and composition as on the interpretation of the works. The winning artist must have at least one album on the market and be recognized as an emerging talent. The trophy comes with a cash prize of $5,000!

In case you had not seen these yet, take a look at this great Voir cover featuring none other than Random Recipe and watch their performance of A Moment with the Last Dinosaur on Pénélope McQuade’s show.

Random Recipe is comprised of a dynamic foursome including band members Fran (Vocals and Guitar), Fab (EmCee and BeatBox), Vincent (keys/guitar) and Liu-Kong (percussion). The combination of live instruments, raw Beat-Boxing and Fran's earthy vocals are engaging and definitely ear candy. Fab's flow roughens the edge of their sound with her French-Fried delivery on the microphone without distracting from the blended ranges of sound that makes Random Recipe an absolutely charming listening experience.

The album is seamless and can be easily enjoyed from beginning to end. The tracks are far from redundant and each song provides a different dimension to sound exploration without killing the floating vibe that Random Recipe's sound has undeniably targeted. "Without You" has a light airy, whimsical bounce and still retains its slickness and cool. "Dangerous" is probably one of the more aggressive tracks with its drum and bass explosive rhythmics, blowing up the track through beat-boxing and percussion. However, the song gets pulled back into that easy cool again with a mellowed out down-break on Fab's flow.

All in all, Random Recipe is definitely chock full of the right ingredients, making the perfect dish to satisfy your ears. One part grrrl, one part Hip Hop, one part fresh and all the way hot.
-Kelly Paradise