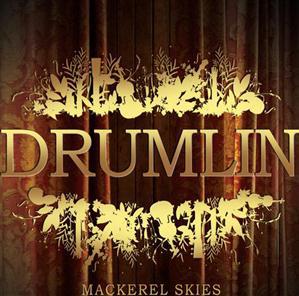 "To my knowledge, DRUMLIN's Mackerel Skies, is only the third recording made up solely of interpretations of songs from the Helen Creighton collection. Diane Oxner's 1956, Traditional Folksongs from Nova Scotia and my own, 1982 release, False Knight Upon the Road, is now joined by DRUMLIN's fresh and exciting collection of songs rescued by "Canada's First Lady of Folklore".

"This talented family of young performers has given these traditional songs new life yet manages to keep the integrity of the original works intact. While not literal copies of the original songs, [they wisely offer credit to the people who sang them for Helen], DRUMLIN has taken these precious chestnuts and given them a contemporary sensibility. For many, DRUMLIN's Mackerel Skies, will represent the future for traditional songs from the Maritimes and, I believe, Drumlin is moving in a good direction."
-Clary Croft

“The Canadian Maritimes must truly be a place of a music fertile soil because group after group seems to emerge from the region with a sound which captivates. The list of course includes the likes of Great Big Sea, The Rankin Family and the Barra MacNeils. Now you can add Drumlin to the list.

Like the others mentioned, Drumlin emerges playing the music of the region, a music rich in tradition, growing from strong Celtic roots, and grasping the heart of the land and the ocean from which it flourishes.

In this case Drumlin goes right to the heart of the traditional music of Nova Scotia with a CD of 12 songs inspired by the province's heritage songs from the Helen Creighton Collection, a famed-regional collection by a woman born in 1899. It is a volume of songs which provided Drumlin with a fine selection of songs, proving that when it comes to music you can look to the past to find something compelling for the present.

There are songs of outstanding beauty here such as My Irish Girl with its haunting tin whistle work, and great ballads such as Down In Old Ireland, the kind of song with a story revealed by the lyrics. The tin whistle also shines on Homeward Bound.

As for the group itself, Drumlin is another of those family units which also seem to emerge so often from the region. In this case it's the Gilbert family with Anya, Dal, Kassia, Liam and Nehara performing on the CD. The family are fine musicians and have wonderful clear, and strong voices.

Certainly Drumlin is a band with the skills to properly portray the historical music contained here, and as a package it's a fine recording, premised by the fact you must enjoy Celtic/Cape Breton music to enjoy this one.”
-Calvin Daniels
Yorkton This Week newspaper, July 16, 2008 -Yorkton, SK, Canada.