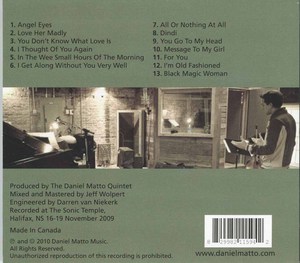 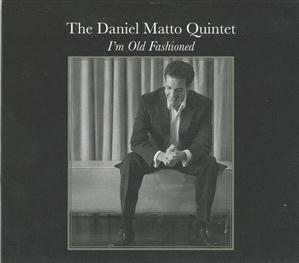 Originally from Adelaide, South Australia, Daniel Matto is a jazz vocalist who now calls Halifax home. With his quintet, Matto showcases his unique style of jazz through originals, standards and rarities. The Daniel Matto Quintet performs regularly throughout the Maritimes and has just released their debut album I’m Old Fashioned.

Daniel began his musical training as a trombone player in his hometown of Adelaide, South Australia. For seven years, he performed and toured throughout Australia, Hong Kong, Sweden and Finland in big bands and other ensembles. Daniel then realized his true musical passion was singing and went on to study voice at the Australian Conservatory of Music in Sydney. As a jazz vocalist, Daniel had the opportunity to perform and mentor with some of Australia’s top jazz musicians including Joy Yates, Catie Halliday, Dave MacRae and Adrian Whitehead before embarking on his solo career. He then showcased his unique brand of swinging entertainment throughout Australia and New Zealand, receiving stunning reviews at numerous world-class events including the Adelaide Cabaret Festival, the Manly Jazz Festival and the Tarunga Jazz Festival, being dubbed “Adelaide’s very own Frank Sinatra...a promising young crooner” (The Adelaide Advertiser, 2001). Daniel has also had the honour of performing for the Crown Prince Frederick and Princess Mary of Denmark at the 2005 Red Cross Royal Performance Gala. In 2006, Daniel made his North American debut with several performances throughout Nova Scotia. In his brief time in Canada, Daniel has made his mark on the Atlantic Canadian jazz scene with regular shows at some of the finest jazz venues in the region. Daniel also performed as the soloist with Symphony Nova Scotia in 'A Salute to Ol' Blue Eyes' in their 2008/2009 season with sold out shows across the province. "All Sinatra concert worth waiting for…Matto's middle register, especially in songs like Moonlight in Vermont and April in Paris, glows with warmth and resonance, much like that of ol' blue eyes himself"
-Halifax Herald, 1/11/09