As a talented instrumentalist, Daniel Matto performed and toured throughout Australia, Sweden and Finland in big bands and other ensembles. Daniel then realized his true musical passion was singing and went on to study voice at the Australian Conservatory of Music in Sydney.

As a jazz vocalist, Daniel started a lounge-styled band, The Martini Orchestra, one that mixed original songs with tunes from the likes of Burt Bacharach and Sinatra. His vocal chops soon caught the attention of some of Australia's leading jazz musicians, including internationally-acclaimed pianist Dave MacRae and Joy Yates, who became something of a mentor. He went on to perform with Yates and MacRae at some high-profile jazz festivals in Australia and New Zealand, and, as a backing singer for Australian star Alex Lloyd, he got to perform in front of Crown Prince Frederick and Princess Mary of Denmark at the 2005 Red Cross Performance Gala.

In 2006, Daniel made his North American debut with several performances throughout Nova Scotia. He returned to Canada in the summer of 2007 and now calls Halifax home, gigging regulary in clubs and festivals on the East Coast. Word of his charm as a performer quickly spread and as a result he perfomred as guest soloist with Symphony Nova Scotia in their "Salute to Ol' Blue Eyes" series of sold-out Sinatra-themed concerts in the province.

With the release of the artictic triumph that is I'm Old Fashioned, Daniel Matto's days as a well-kept regional secret are over. Stay tuned... 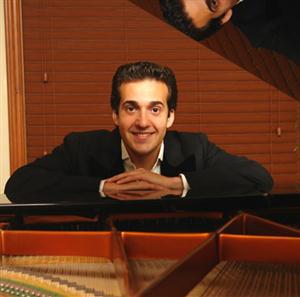