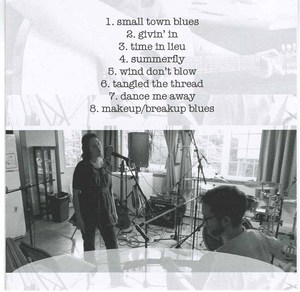 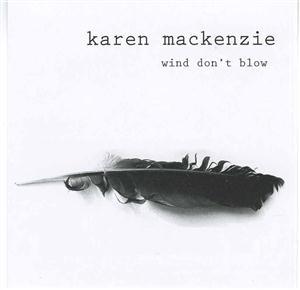 An Antigonish County native has recorded her love of the north on her debut album Wind Don’t Blow. Singer-songwriter Karen MacKenzie has lived in Iqaluit, Nunavut, since 2007. MacKenzie was born in Antigonish and attended Pomquet Elementary School. She graduated from Dr. John Hugh Gillis Regional High School in Antigonish. When she was 18, she started singing in her “first real band” – the Working Class Band. “I am one of the many alumni of the Working Class Band,” she said. “Those were the guys that really taught me to go to rehearsal, get there on time, learn your tunes and just how much fun it could be.”

After completing high school, MacKenzie said she completed the jazz program at Humber College in Toronto. “I got side tracked – I ended up working for a newspaper when I was in Toronto and decided to study journalism.” MacKenzie said journalism is what took her Nunavut. She worked as a journalist for several years before moving on to other pursuits. “When I arrived here … I really started focusing on my original music and working on my songs,” she said. It’s a common story for people to come to the north with intention of staying for one or two years, but falling in love with the area, MacKenzie said. “It’s a pretty cool place to live – amazing people, amazing culture, the landscape it beautiful. I’m definitely someone who was captivated and stayed a lot longer than originally intended.” She added she met her husband in Nunavut, who was born in the area.

MacKenzie said she met a lot of talented musicians in Nunavut and after spending time working on her songs decided to record her first album last fall. “I got a group of local musicians together – we took over the bass player’s kitchen and recorded the album in about a day-and-a-half or two days. We recorded it over a weekend.” By doing it so quickly it captured a specific moment in time, MacKenzie said, and makes it a very cohesive album. “I think there’s a great blend between all of the songs.”

After being released on Feb. 23 of this year, Wind Don’t Blow has received some great reviews and MacKenzie has had to chance to open some acts who have come to Iqaluit, including Halifax singer-songwriter Ria Mae and the Trews. “That was kind of fun,” she said. “I remember them from high school talent shows.” MacKenzie said she is getting some radio play across the north and she will be touring in Eastern Canada this summer. “I haven’t finished setting all my dates but I’ll definitely be in the Antigonish area at the end of the summer.”

Being able to meet so many people through music, from the members of the Working Class Band to people in Toronto and in Iqaluit, has been a big drive for MacKenzie, she said. “Not only just a big drive in terms of music but it really inspires you to explore and have adventures and fun in life.”
-Heather Macadam, www.thecasket.ca

Wind don't blow is a snapshot in time of one fall in Iqaluit. It was captured live off the floor of Jeff's kitchen, with minimal overdubs and great playing by Michael Walsh, Gregory Patrick McLaughlin, Jeff Maurice and Pierre Lecomte. The recording was engineered by Michael Doyle of Doyle Entertainment.