Karen Mackenzie is an Iqaluit-based singer-songwriter with a powerhouse voice and a knack for turning day-to-day passions and places into song.

Karen cut her teeth singing rock and blues in small-town Nova Scotia before studying jazz performance at Toronto's esteemed Humber College. There, her musical explorations delved into pop, country, tango and more before settling into her own brand of folk and blues.

A job in journalism chased her to northern Canada in 2007, where she fell in love with the icy landscape and assorted adventures of life in a remote, fly-in community. She now focuses on her original music, peopling her stripped-down compositions with the inspirations around her.

Karen's debut album, wind don't blow, was released Feb. 23, 2010. Since then she has opened for artists including The Trews, Ria Mae and CBC Song Quest-winner Dana Sipos.

Her music has been featured at Alianait Arts Festival and Toonik Tyme Festival, as well as on the promotional Music Nunavut CD.

Most recently, her song "Time, how it flies," recorded with Michael Walsh, became a finalist in the Australian Songwriting Awards international category. 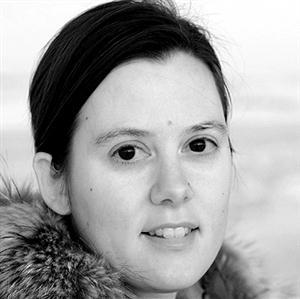