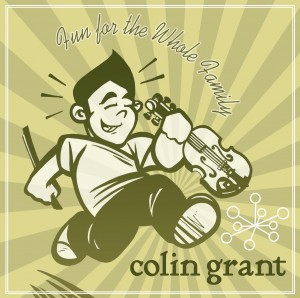 Fun for the Whole Family

Following on the heels of the 2009 summer release “The Toy EP”, Colin Grant plans to crank out his second full-length album entitled “Fun for the Whole Family” to kick-start 2010 with controlled abandon.

Taking a new approach, Grant’s new album leans heavily on his own compositions, while paying respect to various contemporary musical influences and friends.

Excited about a brand-new batch of tunes and a wealth of sounds from some of Cape Breton’s favourite accompanying musicians, Colin says “Fun for the Whole Family” promises to be just that; something for everyone, from indie scenesters to blue-haired bingo stampers.