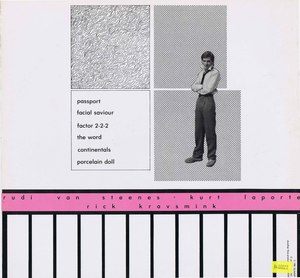 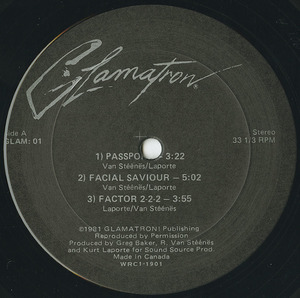 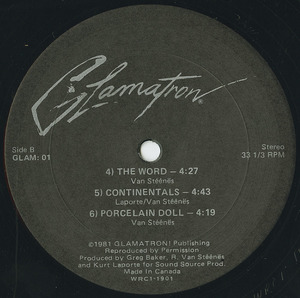 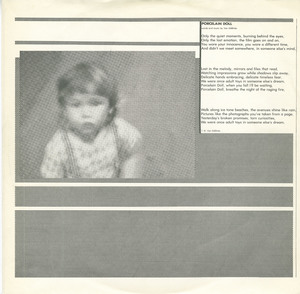 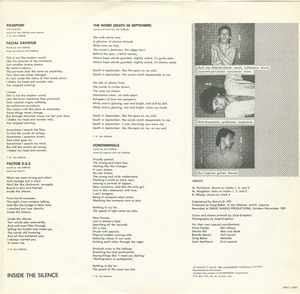 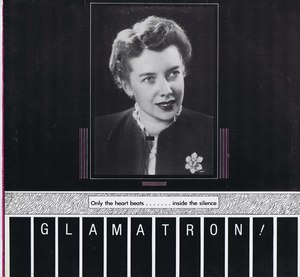 Formed around 1980 by punk rocker Rude van Steenes (ARSON) and Kurt LaPorte, GLAMATRON! is one of the best kept crate-digger secrets in the Canadian vaults. Their sole LP, Only the Heart Beats ... Inside the Silence was self-released in 1981, and proudly showed its influences, Bowie, Roxy Music, Lou Reed, Marc Bolan & T-Rex, as well as early Ultravox, Wire and Magazine, on its sleeve. The band played several shows and made radio and television appearances, recorded a second album (which was shelved) and ultimately broke up in 1984. van Steenes and LaPorte then formed Vis-A-Vis, which was nominated for two awards and won the 1987 CASBY Award for Best Independent Artist.

The 2017 Artoffact Records reissue included the entire Only the Heart Beats LP on Side A, while the unreleased album, Chrome Horizons, was released for the first time on Side B. van Steenes shares his memories of GLAMATRON! and the early New Wave scene on an insert included in the package.

The vinyl is available on black or collectors’ pink and also comes with an amazing fold-out poster. The CD edition includes bonus tracks not available on the vinyl, including live recordings from Toronto’s famous Rivoli club, as well as a band interview originally broadcast on CHUM-FM.

Some excellent minimal synth tracks combined with organic touches, sometimes reminiscent of John Foxx-era Ultravox. Either way, a true gem. Kurt Laporte, credited as a songwriter on this release, went on to form a group called Vis-A-Vis with Rude Van Steeners. He then dropped out of the music scene.
-Frankie Teardrop