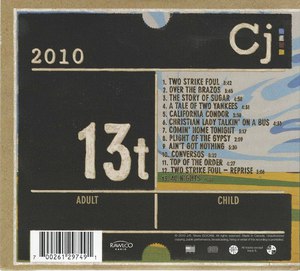 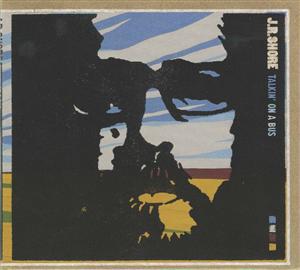 Talkin' On a Bus

"When J.R. Shore first appeared on our radar, he had already clocked five thousand miles in a journey to hone his musical chops. The Alberta prairie boy had gone to ply his trade in Music City, Nashville, Tennessee, and spent several years stomping through the American South, soaking up the living history that surrounded him. He returned to Calgary with a fistful of songs.

And so far, that fistful has paid off. Shore's songs have made five appearances at the Ship & Anchor and Clgary Folk Music Festival songwriting contest, includig first-place wins for 2007 Best Newcomer Song "The Grandes View", 2007 Bet Song of Alberta "Southward" (written by Shore's partner and collaborator Christina Ellerbeck), and our 2010 Beaver Tales category for "Poundmaker".

So what is it about thee songs that make them perennial favourites od our contest judges? It's the Americana roots music transposed onto a Canadian sensibility, moving effortlessle from early Waits-ian piano honky tonk, to New Orleans jazz, to dirt road country drawl. And it's the stories. Shore is a pocket historian, telling tales both tall and true, reminding us that we mingle with the spirits of all of the men andwomen who have walked the prairies before, the conquerors, the conquered, the loved and the lost."
-from 2010 Calgary Folk Music Festival Program

You can buy this album from J.R. here: http://www.jrshore.com/index.html