Axis of Conversation - Delusions of Safety 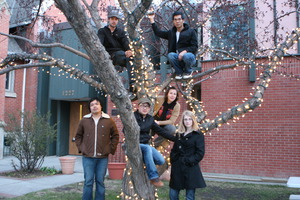 Axis of Conversation in a Tree 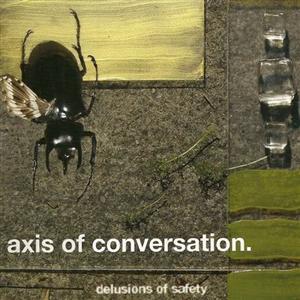 It ain’t easy to put raw, heartfelt, broken-hearted vocals into a moving, vital union with sophisticated architectures of string arrangements, found sounds and electronic wizardry; still less easy to deliver the whole as a pyrotechnic and cohesive pop package in live performance. But Axis of Conversation, an experimental sextet who have been steadily building their reputation for several years as one of Calgary’s strongest bands, make it all look easy.

A band that takes clear joy in performing – and in performing with each other – their pleasure in the music is infectious, and ensures that experimental flights of fancy are always fresh and always in the truest sense of the word, never deteriorating into mere exercise or cerebral posturing. They deliver their songs as ethereal, frenetic, controlled whirls of sound and energy, walking a tightrope of tension between wistful neo-Romantic sensibility and ballsy dance-funk swagger with aplomb worthy of a veteran act.
-from 2010 Calgary Folk Music Festival Program