Biography
Axis of Conversation is a broken-hearted dance party of strings, samples and stolen noises covered in dust.

Falling somewhere between Brahms, Bowie, The Books and Prefuse 73, it's a band that's pretty difficult to pigeonhole (thankfully). Perhaps it's easiest to call it a band full of surprises. If you're familiar with its introspective recordings and you're seeing it live for the first time, you might be a bit shocked to find a confident indie-rock orchestra in full control of the sweat-soaked dancefloor at its feet. Yet, that's exactly what you'd find.

It started with a stack of hand-painted CD-Rs entitled 'There’s Hope For You Yet (just kidding).' After disappearing from record shops and sidestage tables, the debut EP began turning up in strange places, like the airwaves of Montreal-based experimental music program Brave New Waves. Soon enough, BeatRoute Magazine called it the “soundtrack to a pleasant dream”, and FFWD Weekly hailed Axis of Conversation “the newest and coolest band in town.”

Next came 'Delusions of Safety' --- an intimate and unsettling pop record born from newfound friendships and personal tragedy. It climbed college charts in ten Canadian cities, including Ottawa, Halifax and Calgary. 'Delusions' went on to garner love from CBC Radio 3, Vue, and New York’s Global Rhythm Magazine. The album has since spinned in Australia, Germany and the midwestern United States.

Axis of Conversation has also become a sleeper-hit at several major music festivals. It has graced the stages of the Vancouver Jazz Festival, Calgary's Sled Island Festival and NXNE in Toronto -- the latter of which proclaimed Axis of Conversation among the Top 60 acts of the festival. Not bad for a festival with a lineup of over 500 bands.

To coincide with its July 2009 tour, the band made its first foray into the world of vinyl with the 7" release, 'All We Make Is Enemies.' Never to alienate those that missed out on that golden summer, the mini-EP was made available via iTunes and Canadian record stores in February 2010.

Axis of Conversation has shared the stage with the likes of Dave Bidini (of The Rheostatics), Snailhouse (of Belle Orchestre), Thrice, Hey Rosetta!, The Most Serene Republic, The Pack AD, Rubik, and members of Bedouin Soundclash. The band is currently at work on it's second full-length recording.

There's Hope for You Yet (Just Kidding) 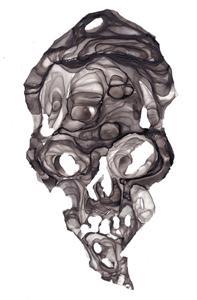