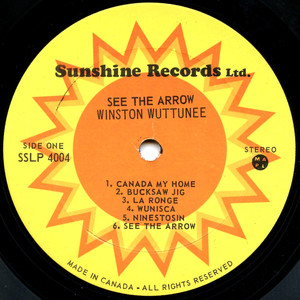 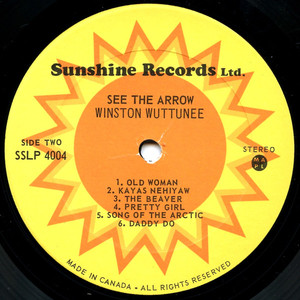 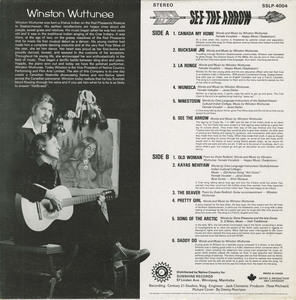 Winston Wuttunee - See the Arrow BACK 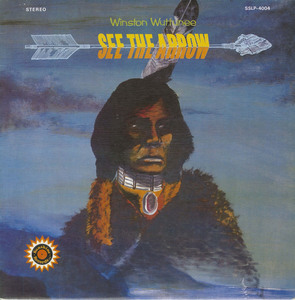 Native singer/songwriter born in Saskatchewan, his songs celebrate the land and people and native culture.

Winston's main strength, however, is his songwriting ability and he has to date composed more than 20 songs. Although he has also worked in a rock and roll band, Winston prefers both to write and perform folk music because, "that is the way I can express myself best."

His interpretation of a good song is "a song from an Indian heart" and in his music he puts his feelings as an Indian into lyrics.

Of all the songs he has written, Winston's own favourite is called "See The Arrow".

See the arrow
sail across the skyway
going from the east
and west to the sun.
Take that arrow,
great mighty arrow,
this is the love
that your beauty has won.

Borrow from the ages
a hundred years before us.
black hair and brown eyes
and ways of the deer.

Come softly to me
near Necheemos
lets made a baby
that the great spirit adores.

"A person who doesn't know who they are have no responsibility to assume." he declared. "Culture acts like a rudder through life.

Winston is a person of dreams. He spoke of dreams where the drum talked to him and took his hand. A dream revealed that ancestors camped at Batoche during Riel Days this summer. Some songs were given to him in dreams. See the Arrow, his biggest hit was revealed to him in a dream by Indians from the hereafter who have never had the chance to reveal their talents. It is a song that portrays the agonizing over the treaties by the Chiefs. As they signed, it was as if they were sending an arrow of hope and love into the hearts of every Indian person today.

These songs are given to him usually after he has learned an important truth. He said, "I learned who I am, my own personality. I realized that I am a role model for many Indians and that's one of the reasons why I quit drinking.