A household name in the Canadian Music industry since 1973, Aboriginal entertainer Winston Wuttunee has wowed audiences across North America as well as Europe and Australia as a singer, keynote speaker, and comedian.

Born and raised in Saskatchewan, Winston is fluent in Cree, English, French, and has working knowledge of German. His formative years as a musician were spent in the Canadian Guards Regimental Band as a Clarinetist, which allowed him to broaden his musical repertoire to include Rock & Roll, Blues, Country & Western, Pop, and Classical. He has appeared in hundreds of newspaper articles and interviews, on national television, on radio, and in three movies. In 2002, he became a Recipient of the Lifetime Achievement Award, an honour bestowed upon him by the Annual Aboriginal Awards. He is a proud father and grandfather to four boys, one daughter, and five grandchildren.

Winston has opened for Johnny Cash and Willie Nelson, appeared on national television, including Canada’s version of Sesame Street, on radio, and in films.

He has performed internationally at many festivals, sharing the stage with Al Simmons, and Fred Penner, even crawling through the Show’s famous log.

A career highlight was taking the stage at New York’s Carnegie Hall to perform his own composition “Museecho” to a standing ovation.

Winston’s music is both inspired and inspiring, utilizing cultural teachings and values in his songs. He once explained: “I was blessed by the Elders to heal wounds. My music is spiritually healing.”

His song “I Cried” was penned as a response to someone he knew who had attempted suicide, whereas the ballad “My Son” was written to encourage children to become great leaders such as Crazy Horse and Louis Riel. When Calgarian Rafe Vadnais’ braid was cut off at school in 2018 Winston reached out and offered his song, “My Braids” to the family.

Over the decades, Winston has been awarded for his many albums, nominated for a Juno, and received the Lifetime Achievement Award at the 2002 Canadian Aboriginal Music Awards, an Indspire Award (formerly the National Aboriginal Achievement Awards) in 2013 for culture, heritage and spirituality. He is most proud of the honour of receiving an honourary doctorate from the University of Manitoba in 2019.

Being creative and productive are two qualities that all successful artists have. Winston has certainly kept himself busy over the years. The following list details some of his endeavours and achievements.

Atoshkewin Productions Inc. An hour long biography and detailed life history, to be aired on APTN and SCN (March 2008).

Fluent in Cree, French, and English, along with a working knowledge of Saulteaux, Anishnabe, and German.

Movie Appearances. "He Who Sees Upside Down", and "The New Ghostdancers" - produced and directed by Duke Redbird. Also "Flat Mountain Tax Tales", which was produced by CBC.

I was born in 1940 in North Battleford Notre Dame Hospital. My family lived on the Red Pheasant First Nations reserve. From my earliest childhood recollections; I still see plain as day, the tee pees, tents, wagons and hobbled workhorses, dashing and daring young men on horseback singing and laughing as they rode around the Sundance Lodge. My musical education started young in this colorful and vibrant environment. This early introduction to a cultural stage has never left and continues to this day. My mind, emotions, spirituality and body responded to the hypnotic beat of throbbing drums, galloping horses' hoof beats on the hard prairie and the music of my relatives voices as they laughed and visited away the fulfilling days of the Sundance. These early memories have stayed with me all my lifeand it is from there the inspiration to entertain was born.

The world has always been in awe of the North American Indian story and has called me to entertain both as a singer and storyteller. Today in compliance with my age, I am known as both and more lately as an inspirational speaker bringing to life the "Teachings of the Drum" and the "Eagle Feather."

With these existing memories I finished school and joined the Canadian Army in 1960. I became a clarinetist in the Canadian Guards Band and later transferred to Quebec to "la Musique de la Royale Vingt‑ Deuxieme Regiment". In 1973 I got out of the army and went to university to get my degree in music at the University of Saskatchewan.

I made my first "long play" recording that year, as they were called then with a little outfit in Rosetown and finished the album with Sunshine Records in Winnipeg. Later on I made two recordings with the"Ojibwe/Cree Cultural Center in Timmins, Ontario and the final recording "The Best Of Winston Wuttunee" with Turtle Island Music in Saskatoon. Under the excellent care and musical ability of their production team. This recording was nominated at the 2001 Canadian Aboriginal Music Awards as the Best Male Artist. Kelly Parker won "Best Producer/Engineer" with this album at the same Awards. To date I have 13 recordings and am currently working on my autobiography.

Song of the Arctic b/w The Bucksaw Jig

Songs Of The Northwest

Me and My Friends

Goosed By A Moose

Song of the Arctic b/w The Bucksaw Jig 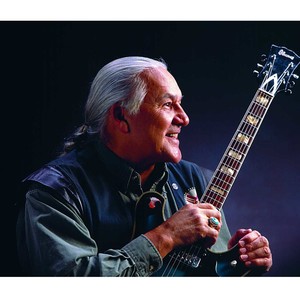