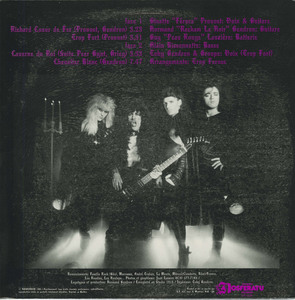 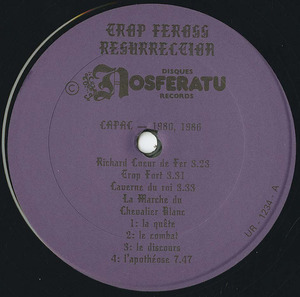 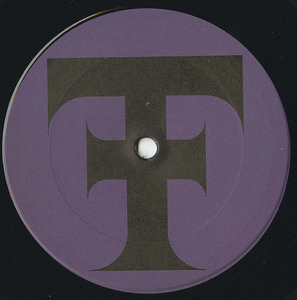 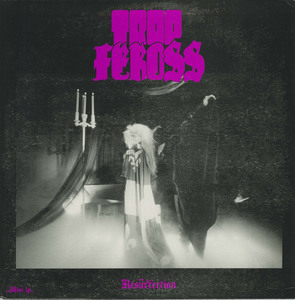 TROP and FEROCE both arrived on the Montreal music scene in 1982. In 1984 Trop and Feroce joined forces and became the appropriately named TROP FEROSS. The progressive style of their guitarist and the operatic/metal side of their lead vocalist created a very original French Canadian group.

Like many groups, they played in a lot of clubs, but because of their language barrier (with French as their native language), they chose to rent venues and produce their albums themselves to get the word out on the street. It certainly was not an easy undertaking as financing everything yourself can be quite difficult.

In 1988, their dreams came true when they played a landmark gig in Paris France (and they were the first metal band to play) in front of the Notre Dame de Paris cathedral. Shortly after their return home, they appeared on many Canadian television programs.

Ginette – the vocalist, is also a composer, guitarist and a poet. Her influences include: H.P. Lovecraft, Edgar Allen Poe, and French poets like Rimbaud and Baudelaire. She’s spent the last 10 years living in New York. She now lives in Montréal.

They have been classified as “Horror metal, progressive metal, operatic metal etc. The members of the group think of themselves as musicians, artists and also, comedians. Some of their onstage theatrics include the singer getting out of a coffin to perform Quasimodo…