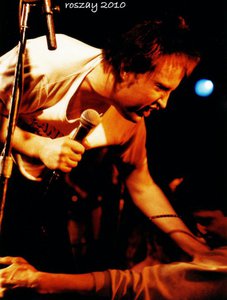 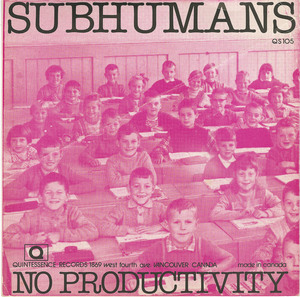 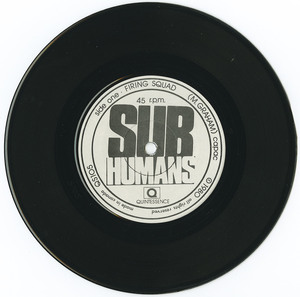 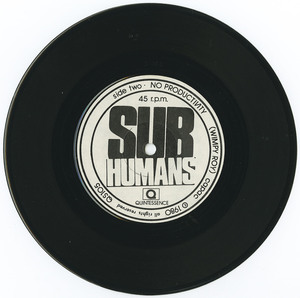 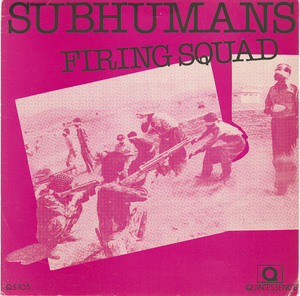 First version included the uncensored pink sleeve with a picture of people being litteraly shot by a firing squad (and children in a classroom on the other side!). Second version had a black and white sleeve featuring a picture of the band on the front and the lyrics to the song on the back. In the dead wax, you can read : "LMS.SUBHUMANS.A", "3705", "TLC-T", "GC" and "LMS.SUBHUMANS.B".

These are two of the greatest punk songs of all time! No Productivity was covered by the equally legendary D.O.A. (with the Subhumans' singer Wimpy Roy now in the band!) on the " Terminal City Ricochet " soundtrack.

In 1981, Hannah left the band and gradually became involved with a small group of underground activists calling themselves Direct Action. In the alternative media they were referred to as the Vancouver 5, but in the mainstream press they were dubbed the Squamish 5. The group, composed of ecologists and feminists, were responsible for a number of actions, including the 14 October 1982 bombing of the Litton Industries plant in Ontario which made guidance systems for cruise missiles. The Litton bombing hurt several plant workers and three police officers were also injured. While Gerry was not part of the Litton bombing, he supported it, and did take part in other actions, as well as planning to rob a Brinks truck to fund future actions. He was arrested on 20 January 1983, along with the four other members of Direct Action. Many benefits were arranged for the group by people such as Jello Biafra and Joey Shithead of D.O.A. to pay lawyers fees but, in the end, Hannah pled guilty to avoid years in prison. He received a 10 year sentence and was released after serving 5 years.[2][1] During his time in prison, he began writing a column for the fanzine Maximum RocknRoll which helped maintain his connection to the punk scene. A number of years after his release he was the subject of a documentary film made by B.C. filmmaker Glen Sanford, called Useless.

Innocent and guilty behind bars, locked up together
Madness and confusion of this kind could last forever
The minister of execution
Calls for a retribution
Calls for the justice of god

Crowds of disciples running wild, under control
While desperate people hide inside, wait to explode
Another week, another year, who knows who’ll feel the fear
Who’ll feel the justice of god