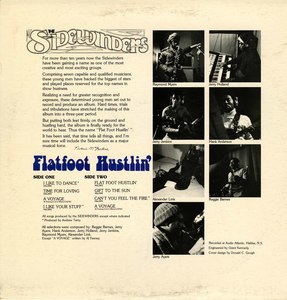 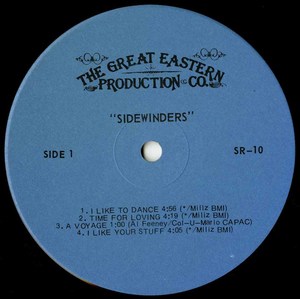 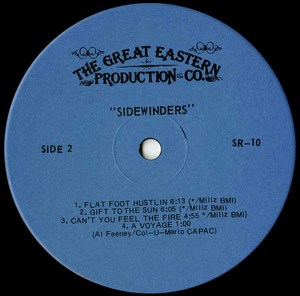 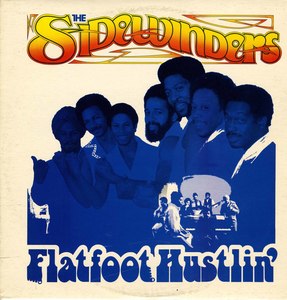 "For more than ten years now the Sidewinders have been gaining a name as one of the most creative and most exciting groups.
Comprising seven capable and qualified musicians, these young men have backed the biggest of stars and played places reserved for the top names in show business. Realizing a need for greater recognition and expoure, these determined young men set out to record and produce an album. Hard times, trials and tribulations have stretched the making of this album into a three-year period.
But putting both feet firmly on the ground and hustling hard, the album is finally ready for the world to hear. Thus the name "Flat Foot hustlin'".

Re-issued by Phantom Records on CD in Japan in 2007.