"For more than ten years now the Sidewinders have been gaining a name as one of the most creative and most exciting groups.
Comprising seven capable and qualified musicians, these young men have backed the biggest of stars and played places reserved for the top names in show business. Realizing a need for greater recognition and exposure, these determined young men set out to record and produce an album. Hard times, trials and tribulations have stretched the making of this album into a three-year period.
But putting both feet firmly on the ground and hustling hard, the album is finally ready for the world to hear. Thus the name "Flat Foot Hustlin'".

Re-issued by Phantom Records on CD in Japan in 2007.
Our never-ending quest for the ultimate Holy Grail LP has encountered many precious rarities and sought-after gems on the way, and The Sidewinders' Flatfoot Hustlin' is no exception. Incredibly rare, so much so that it's only become known to collectors in recent years, here is another fantastic example of top notch funk n' soul from the '70s that would surely be in everybody's record collection - if only it had been pressed in numbers and properly released! It was a bitterly cold night in Nova Scotia, Canada (of all places?!) when the Sidewinders got together in an unheated studio for a couple of days to cut Flatfoot Hustlin' their first and only album. A professional touring band that had been on the circuit for many years, their sound was slick, solid and smooth. The recording was a wrap, a release was imminent - but then things began to go wrong... Our detailed liner notes from our own exclusive interviews reveal the story behind The Sidewinders and how this album came to be - or not as the case may be! What certainly is the case is that 'Flatfoot Hustlin'' is a great-sounding rare funk album chock full of deep soulful moments and full-on fat, funky grooves. 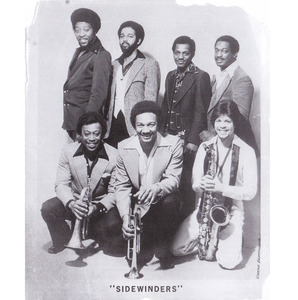