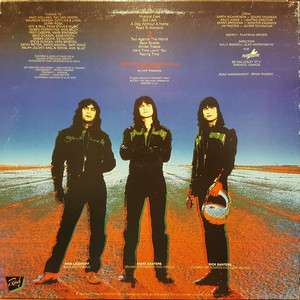 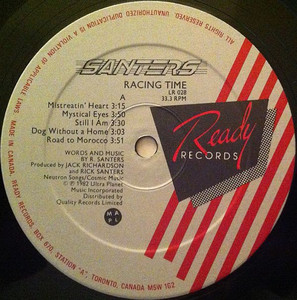 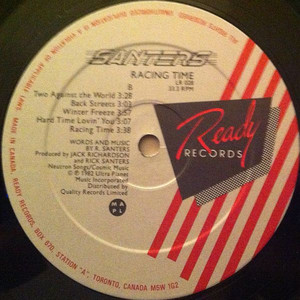 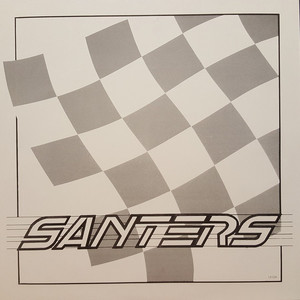 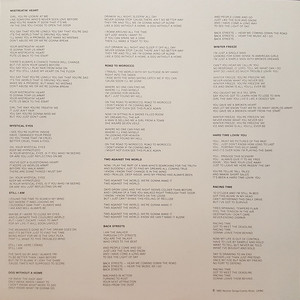 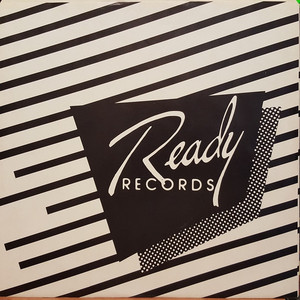 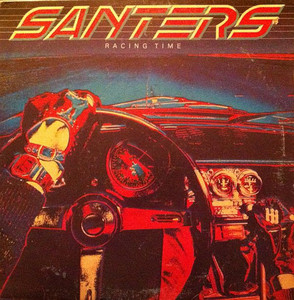 “I remember it like it was only yesterday. I was enjoying a late morning coffee in the fall of 1981, sitting at my desk with my acoustic guitar. It was one of those rare moments as a songwriter when you know without a doubt that what is being created is not coming from you, but is simply flowing through you, and you know that your job is simply to not get in the way. That’s how it was writing “Mistreatin’ Heart” remembers Rick. “The song wrote itself, effortlessly, with nothing to rewrite or “fix”. What fun! What joy! Now, if only they all could be written like that!”

So began the songwriting process that lead to the recording of the second studio recording for SANTERS. This was to be the band’s sophomoric effort, and the band was determined to avoid the second album syndrome that so many bands can fall victim to. Usually, bands have a lot more time developing their first album than their second, and this is a challenge that most struggle with, let alone surpass.

Rick’s answer to the challenge was to start writing early on. So, while touring the Shot Down In Flames album Rick would spend his afternoons before evening performances writing songs, and en route between shows, writing anywhere and everywhere possible. Rick recalls, “There’s something about being on the road sitting in the isolation of a hotel room in Winnipeg in the dead of winter that can evoke songs like, “Winter Freeze” and exotic, fantasy destination songs like “Road to Morocco”. Canada is like that.”

Phase One recording studios in Scarborough Ontario became the location where SANTERS would record album number two. As with the Shot Down In Flames album the Racing Time sessions were recorded on 24 track Studer A80 machine on 2” tape, through a Neve console.

This time around the band had two weeks to record and mix (double the time and budget of the first album!). The “Racing Time” album featured not only an all-new line-up of songs but of musical equipment as well. Rick Santers replaced his 50 watt Marshall with a pair of Mesa Boogie amps with 4×12” Celestian speaker cabinets. Rick’s 1969 gold top Gibson Les Paul was stolen so his 1964 Fender Stratocaster wound up playing an exclusive solo role on the album. On “Dog Without A Home” Rick used a talk box to growl out the guitar solo, and a wah-wah pedal was featured on the guitar solo for “Road to Morocco”. A Roland Super Jupiter synthesizer was used to enhance the grand intros for “Mystical Eyes” and “Back Streets”. Mark replaced his Ludwig kit with a set of double-headed Sonar drums, along with Zildjian cymbals and Rick Lazaroff made the switch to a Fender Jazz bass into an Ampeg SVT head with JBL 4530 bass bins and a custom-built JBL 2×12″ cabinet.

The recording of Racing Time was not without its struggles. Rick Santers and the album’s original producer were at odds sharing different artistic visions during the recording of the bed tracks. So, ultimately it fell upon Rick to take up the production reins to complete the recording sessions. It just so happened that the band’s live sound engineer at the time, GGGarth Richardson, son of renowned producer Jack Richardson, offered to help out by forwarding some rough mixes to his father. “We met Jack at a studio in Vancouver while we were on tour. He liked what we had recorded up to that point and offered to assist us in completing the album” recalls Mark. With Jack at the helm and in preparation for the mix, some new vocal tracks were re-recorded and some extra guitar tracks added to round out the work that had already been done. After a couple of very lean late-night mixing sessions, the “Racing Time” album was complete.

With the release of “The Definitive Remasters Collection” SANTERS fans can finally listen to the band’s vast catalogue of rock classics mastered to the level of sound quality that was originally intended. So, sit back, crank it up and listen to SANTERS the way they were meant to be heard.