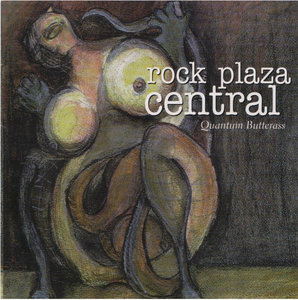 Although there was one prior Rock Plaza Central recording to Quantum Butterass, featuring mostly the same musicians, that other one was mixed in a fever with the bass on the speakers turned way down, so the resulting mix is super bass-heavy. Quantum Butterass was recorded a year later with the wondrous Dale Morningstar at the old Gas Station location.

Was nearly picked up by Reprise, but then someone new came on as President and decided to sign Green Day instead, hoping to make more money faster instead of helping to groom an artist of the long term. That day marked the official end of the music industry.