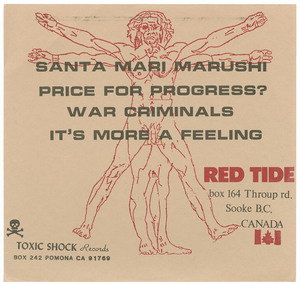 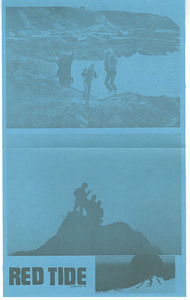 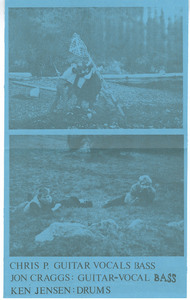 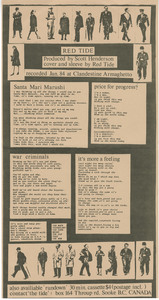 45-Red Tide - Kelp And Salal INSIDE 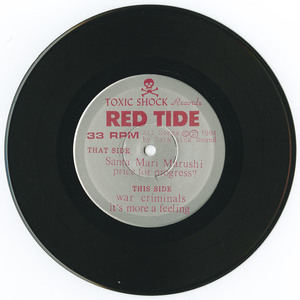 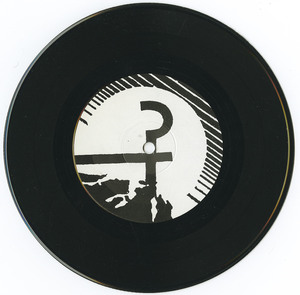 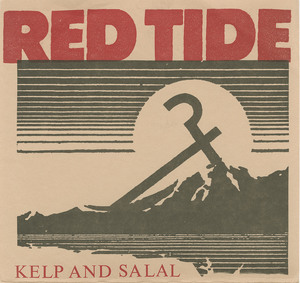 Red Tide was the loving child of bored art punks Jon Craggs and Chris Prohom at Spectrum High School in Victoria, BC. On the long bus rides from far, far Sooke to Spectrum High to downtown Victoria the band was formed as "Suburban Menace", Jon would write songs and practice riffs on the bus until he became one of Victoria's most explosive rhythm guitarists and songwriters. They added Colwood buddy, and the only drummer for miles and miles, Ken Jensen to the mix, and a month or two later Tim Crow joined as frontman/well intentioned agent provocateur. As Suburban Menace they recorded the "Outta' My Way" cassette with Scott Henderson at Hole in the Wall Studio in early 1982. Soon after the band changed names to "Red Tide". The name was an inside joke on the uber politics of the times. Red Tide is a shellfish disease that pollutes, and renders toxic shell fish around Vancouver Island...while others felt it referenced the proletariat struggles of punks/commies. The sound was hard, fast, clear and angry. Personal politics and political issues melted into a blender filled with adrenaline and beer. Gigs were great, Victoria seemed to respond well to Red Tide's sound. The floor was always packed with slammers! The band went through a few changes, most notably, Chris Prohom left for other challenges and ended up playing for DOA (as Wayne Gretzky, lol) in 1990. Tim Crow was in and out of the band often, as Jon couldn't decide whether Tim's rampantly obnoxious behavior was good or bad for the band...and Tim ofter moved to different cities/provinces out of the blue! Lots of gigs, loads of fun times... a few bass players later... Red Tide played their last show at the Roxy Cinagogue. It was packed… and the crowd went wild! The final moment of came to an abrupt halt during the second encore. As they played the beautifully gross cover “Boys in the Bright White Sports Car” (with Paul Wilkinson’s hilarious trademark falsetto piercing the hall), Nev from the Day Glos drunkenly fired off a fire extinguisher onto the stage and the show was over. A white cloud of near-toxic flour-type stuff spread quickly throughout the theatre. Coughing, hacking and choking people poured out of the theatre in panic, covered from head to toe in white extinguisher powder. Howie Siegel was pissed about his $85,000 movie screen that had become caked with the combination of beer from thrown bottles and extinguisher powder. Perfect ending....a cloud of toxic white smoke chokes off all light and air....so punk rock!!