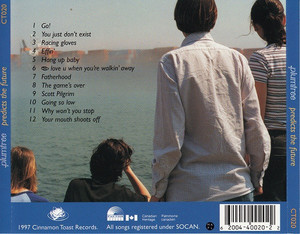 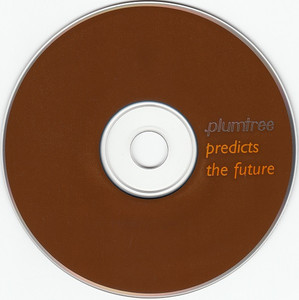 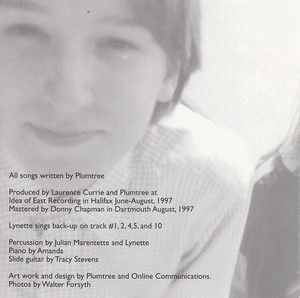 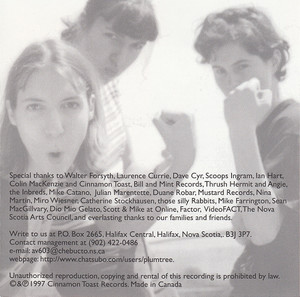 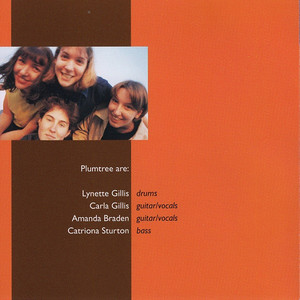 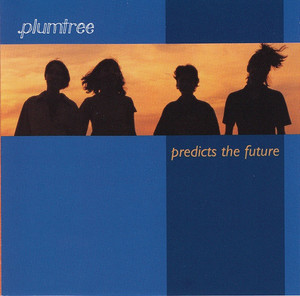 Plumtree are a band that most have never heard of which is sad but understandable. For one, they're an all female pop-punk band that was never aggressive enough to fit into the Riot Grrl scene nor marketable enough to be successful as a pop-punk act, even though they definitely are. Add onto that the fact that they're Canadian, not a terrible curse but definitely a setback in the music industry, but are also from the city of Halifax, a whole half a country away from Toronto, the centre for both Canada's punk and recording scenes. In their time, they had a following in Canada and even won a "Best Artist Under 20" award from Canadian kid's network YTV and were on the cover of some magazines here, but their fan base never really left Canada and they even faded into relative obscurity here (finding a CD of theirs is a bitch even in the used and specialty CD shops of Toronto). Don't let it fool you though. Plumtree are a delightful band and a true hidden gem.

Plumtree's second album "Plumtree Predicts The Future" is their strongest release. It's not that "Mass Teen Fainting", their debut, was bad. It was just a little rough around the edges. "PPTF" just takes everything that their first album did well, creating great melodies and backing them up with some joyous playing and vocals to create one hell of a fun time, and refines them.

"Go!", the first track, sets the tone quickly. With lyrics consisting of just counting from 1 to 8 and some exuberant "Whoah!"'s, the track is trite and silly, but I'll be damned if it isn't the funnest opening to an album I've ever heard. Hell, it might be the most delightfully energetic song I've ever heard. It's just a 2 and a half minute pop-punk freakout that you just want to jump to and sing along with (and with lyrics so simple, it's not hard to). I never got to see Plumtree live, but I get the feeling this one would've been a blast to be in the pit for.

"You Just Don't Exit" follows it up, this time with lyrics, a slower tempo and a catchy little guitar hook. The harmonies on it are pure power pop and the repeated refrains of, "Away" "You" in the verses, followed by a quick stop for a drum break is great.

"Racing Gloves" makes a break with a slow, beautifully strummed guitar intro before kicking into another fast-tempo guitar rocker, filled with some great harmonies and excellent guitar work which is able to switch from the frantic strumming to dissonant wailing to melodic soloing all throughout to beautiful effect.

"Effin'", with it's slowly strummed quarter notes and lyrics that ask, "Is it just heaven that I fall into each I time I see you?", plays very much like a modern, rawer take on 60s girl group songs. Ditto to "Hang Up Baby" which features some awesome harmonies over a very Ronettes-esque Latin beat before kicking into another cute little rocker.

At this point, the album is in danger of growing repetitive, but Plumtree shake it up with "I Love When You're Walking Away", a "Hallelujah"-esque, piano driven ballad with some beautiful, softly sung vocals over one of the best chord progressions on the album. Contrasting it is "Fatherhood", one of the most aggressive tracks on the album courtesy of lyrics like, "backstabber/the matter/you're not so/honest I hope you know" and a heavily distorted guitar solo. The song is another beautiful reminder though of how even when they're mad, Plumtree still give you a good time. "The Game's Over" offers up a bit more variety too thanks to its neat tempo changes within the song, offering a fast/slow dynamic and some really wicked back and forth play between the two guitars.

If there's any claim to fame that Plumtree do have, it's for the track "Scott Pilgrim". Comic writer/artist Bryan Lee O'Malley was inspired by the attitude and feeling of the track and used it to write his comic series, "Scott Pilgrim", a cult classic that hit the mainstream thanks to the film adaptation "Scott Pilgrim Vs. The World" in which both "Go!" and "Scott Pilgrim" are featured and the title character sports a Plumtree t-shirt. The track itself is, like "Go!", simple. The lyrics are mostly repeated: "I liked you for a thousand years, a thousand years", but the vocal take has the right level of attitude to convey more meaning than what's within the lyrics. "Scott Pilgrim" also has a genuinely great guitar riff featured in the intro and verses that stands out as Plumtree's finest, even if they were a band usually more concerned with vocal hooks. All in all, it's one of the better songs on the album.

"Going So Low" is an acoustic ballad and is probably the most "Indie" sounding of all the tracks of the album with its more melancholy tone and distant sounding vocals. Next up is "Why Won't You Stop", another melodic little rocker, but with a little more edge than those found at the beginning, creating a sort of natural progression over the course of the album.

The closer is "Your Mouth Shoots Off", a more quiet and reflective ballad that for once feels like more than just a good time and presents vocalist Plumtree in something of a vulnerable state. Being as it is, it's an effective closer, establishing that over the course of the album we've come a bit closer to the band, but they couldn't just leave us hanging with a ballad like that could they? Of course not; they're Plumtree! So half way through, the band kicks in out of nowhere, and awesomely surprising moment, and rocks like there's no tomorrow, bringing the album to a wicked climax.

All in all, "Plumtree Predicts The Future" is a great album by a great band that more people would probably enjoy if they got the chance to hear it/them. It's a simple, sometimes trite sort of album, but it never fails to spread some positivity and good times, making it a success. If there's any real fault in the album it's that it can get repetitive, but the band offers a decent amount of variety even within their fixed style and the songs are all quick and painless enough that they never really outstay their welcome. All in all, it's highly recommended, if you can find it anywhere!
-Warminthewinter