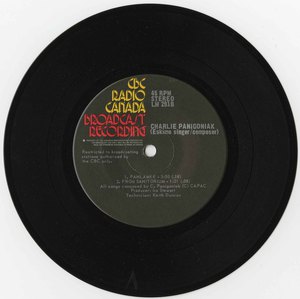 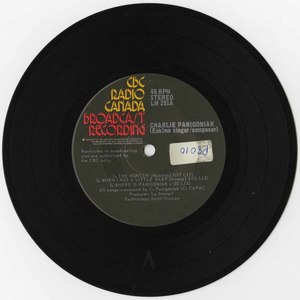 "The Hunter (The fisherman)"
An original song by Charlie Panigoniak, if he had sung this tune in acapella it may well have been a traditional song.

"Where is Panigoniak"
Charlie once visited our class with his guitar when we were in primary school at the Eskimo Point Federal Day school and showed us how he held his guitar pick and played this tune, innimi and Pepsi Cola, Cracker Jack.

"Pahlamee"
A song about Charlie and his family at Maguse Lake near Arviat. Inuit life in the fifties. The Great Depression. A new nickel mine was opened in 1957 that gave employment to many inuit in the area.

"From Sanitarium"
Charlie must have been very eager to leave the sanitarium, a hospital in the south were many inuit were sent out for medical care.