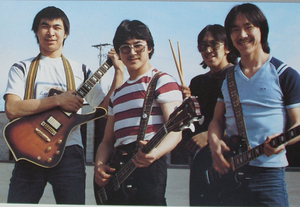 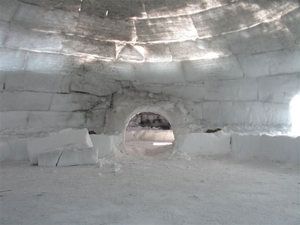 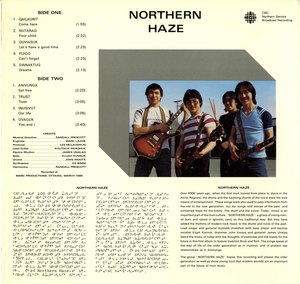 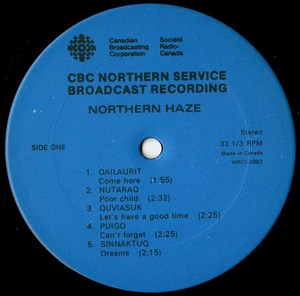 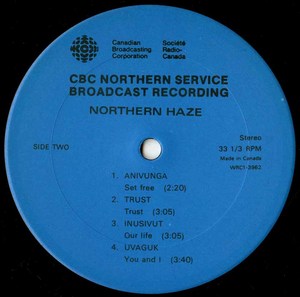 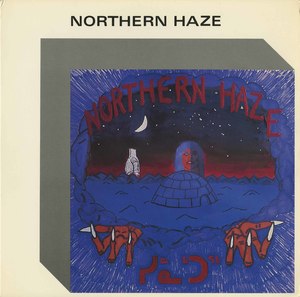 Northern Haze were a rock and roll band with all band members born and raised in Igloolik, Nunavit.

This music artifact is of cultural and historical significance. The group were the first Inuit group to record a rock and roll album.

The album was recorded at Marc Productions in Ottawa in March, 1985. The great cover artwork was by NORTHERN HAZE. The photography was by John Ough.

The musicianship is tight; these young lads could really tear it up. There's great guitar riffs, fuzz guitar, and a garage feel. The blend of inuit culture and rock is entirely distinct - this is a completely unique recording that could never be duplicated.

Due to it's quality and rarity, this album remains on the wishlists of many a collector worldwide.

liner notes:
"Over 4000 years ago, when the first Inuit moved from place to place in the Arctic Regions, the drums and the haunting chants of the voice were the sole means of entertainment. These songs were also used to pass information from the old to the new generation. Ayi Ayi songs told stories of the past, and contained hope for the future. The drum and the voice! Today, music is an important part of the Inuit culture. "NORTHERN HAZE", a group of young men, all born and raised in Igloolik, carry on this way. But they have added the rhythms of modern rock music to the drums and voice of the past. Lead singer and guitarist Kolitalik Inukshuk with bass player and backup vocalist Elijah Kunnuk, drummer John Inooya and guitarist James Unalaq blend the music of today with the thoughts of yesterday and the hopes for the future in this first album to feature Inuktitut Rock and Roll. The songs speak of the way of life of the older generation as in Inusivut, and of present day relationships as in Anuvunga.

The group "NORTHERN HAZE" hopes this recording will please the older generation as well as show young Inuit that modern sounds are an important part of the future of Inuit music."end liner notes
-Robert Williston

Not your average 80s heavy metal band, Northern Haze hailed from Igloolik, Nunavut. This album was recorded with the assistance of the CBC Northern Service, in Ottawa in March 1985, when this style of metal was just starting to catch on in the public eye. While the PMRC was trying to ban this style of "evil music" these 4 young lads decided that they would help preserve their own language and culture in a new way, by bringing rock to the tundra.

This is a band who were trying to extend tradition, and create something new and special. And to be honest, the album really rocks. I can't understand the words, but I know some good riffs when I hear them. The production values are not exactly spectacular, but the band is tight, and they play their hearts out.

In my opinion, this is a really special bit of Canadian musical culture, and I'm happy as anything that I found the LP.
-Kevin McGowan