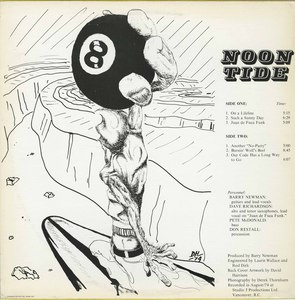 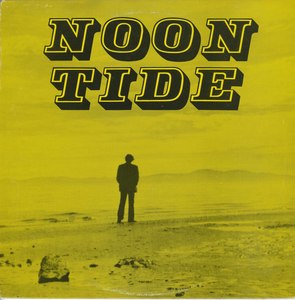 All songs by Barry Newman, except for 'Juan de Fuca Funk', sung and co-written by sax player Dave Richardson. Sax and guitar harmonies were co-written by Barry and Dave.

Noontide received some airplay from CBC in 1975 and in Belgium in 2001. In the mid-80's, Newman received a call from BMI (now SOCAN) explaining that a song called On A Lifeline... by a "Barry Newman" was used as a soundtrack on an Australian movie. They added that the title of the movie was "It Could Be You" ... !?!

Maybe it was him... he didn't hear any more about it. However, the chances of two identically-named songwriters giving identical titles to one of their songs are exceptionally-remote.

The album was re-issued on Groovedigger Records

There are still original sealed copies of the album available for sale here: http://www.montenordstrom.com/m_art_barrynewman.html