Unfortunately Barry had diabetes & had been in particularly frail health in the past couple of years. He also had psychological issues, which may have had something to do with the diabetes & the fact that he made a habit of abusing alcohol on occasion. Obviously this is not a good combination.

Newman was a complex, thoughtful being. He was a habitual writer/composer of poetry, prose, lyrics, essays & political comment. I have hundreds of smoky scrawled pages of his work dating back to the early 70's, to collate & catalogue. It is a massive task. Barry's empathy with humanity was truly heartfelt & he was terribly affected by the ongoing strife in the world.

Barry felt disassociated from society at an early age & attributed this to being continually uprooted from his childhood communities as the son of a mobile RAF/RCAF officer.

Often alone, Barry became well read & self-educated on the machinations of history & war. The Military/Industrial complex we read of in the newspapers was a very real boogieman to him. The cruel images of the Vietnam years crushed his gentle soul & left him deeply scarred.

Ongoing financial problems also nagged at Barry and as a result of these compounding factors, in September 2004 he slipped away from us & we sadly lost a beautiful person.

Barrington Clive Newman was born on December 6th, 1952, in Swindon, England. He grew up as a self-described "Airforce brat" spending time on military bases all over the world, including a few years in Whitehorse before arriving in Victoria in the 60s. He soon expanded his interest in music to an obsession.

Barry drove cab in Victoria for several years while he went through numerous bands including "As Sheriff" & "Buckeye". I first ran into Barry at Rod Evans' Sound Source music store in Oak Bay. Barry was showing Rod a promo-kit for As Sheriff & I remember Barry being very focussed.

In 1974 Barry put together his own band & recorded an independent Lp called "Noontide". This was a bold move for Barry & the album features some very original material with a Westcoast jazz-rock style. It was not commercial music to say the least, but now shows that Barry's writing style & musicianship were already very recognizable.

Barry eventually relocated to the Cowichan Valley & was employed at Brentwood College as a custodian when he & his partner, Darlene started a monthly newsletter called the Cosmic Debris. Barry soon threw all of his energy into the little publication.

Barry's witty, acerbic writing caught on with the public & the magazine gradually grew to a full-scale newsprint magazine. Barry's eye for detail & growing computer skills meshed well with his photographic talents & empathy for the music scene. Following Barry's lead, many professional & amateur writers / photographers joined the Cosmic Debris along the way as contributors.

At its peak, circulation included all of Vancouver Island & parts of Vancouver, with a top run of 5000 copies. Four years ago the Island music scene took an economic downturn & Barry was no longer able to afford to print the magazine.

He continued to publish the Cosmic Debris as a web-zine, which remains viewable at www.cvnet.net/cosmic. This web-site will be maintained as a lasting memorial to Barry. Watch it for updates & announcements.

Barry was one of my best friends. He was very helpful & supportive to my musical endeavors. I'll certainly never forget him & I miss him dearly. I'm sure many people can say this.

His sense of humour was amazing. He was a gentle, self-deprecating, soft-spoken individual, but also capable of some decidedly chaotic behaviour when the mood struck him. Not unlike Hunter S. Thompson, I'd daresay.

I spent hundreds of hours with Barry as we edited articles for the "Debris" & designed other projects. Barry had two speeds: slow & glacial. If you didn't like cigarette smoke, working with Barry was a challenge. I'd cough for two days after a few hours of working beside him. But it was worth it.

Barry was a genius at manipulating photos & text. He painstakingly designed my website & did the graphics for several of my CDs, including extensive work on our last collaboration, "After All". Barry was also a member of my last bar band, along with drummer Nick Jarvie.

Last week I was watching some of our old video-tapes & ran across one featuring some rough footage of the Saturday afternoon jam at the James Bay Inn. I was off-camera, apparently on a break. Barry & Nick were happily leading the jammers through a few tunes.

At one point I saw myself walk into the frame & sit down to watch Barry in action. As I viewed the tape I realized I was wearing the same tee-shirt as I wore in the video. It seems every time I turn around there is something that reminds me of Barry.

When Barry went missing in September we all feared the worst. Search parties were formed & many individuals also spent hours combing the area surrounding his residence in Cobble Hill. Plans were made for an October 2nd fundraiser to organize a major search. Sadly Barry's body was found in Saanich Inlet near the Institute of Oceanography just prior to the event.
"Missing Vehicle Mystery Solved"

Over 250 people gathered to remember Barry at the Shawnigan/Malahat Legion on Oct. 2nd. The emotion-charged event was an impromptu memorial jam session, which was hosted by Shelley Vaags & members of the Smiley Sisters & Bratz bands. Many of Barry's musical friends performed during the open stage & the evening raised over $1500 toward Barry's services & future tributes.

Another special memorial service was held for Barry at the Cobble Hill Hall on Thursday, October 28th. Barry's sister Lauraine, traveled all the way from England to see to Barry's affairs during a hectic week & was able to attend this memorial, which was scheduled so she could meet some of Barry's friends & associates before having to return to London.

During the first hour Barry's music played on the PA system as people met & shared theirs thoughts, while looking at the photos & memorabilia that were on display. Then there was a eulogy, followed by an open mic for testimonials, as well as tribute songs & interactive music.

Barry's extensive CD collection & some personal items were offered for sale by donation to his memorial fund. Between donations & sales another several hundred dollars were raised.

Barry was dearly loved by many people & is sorely missed by the musical community that he established with his magazine & brought together with his generosity. Many people would like to see Barry's legacy continue is some form.

A tribute website http://barrynewman.homestead.com/index.html, with a guest-book format features contributions from many of his friends & former writers. People who wish to publish their comments & memories of Barry are welcome to do so here.

Donations to Barry's memorial fund can be made by deposit to the "Friends of Barry": account # 1678887, at the Mill Bay Island Credit Union.

A commemorative Cosmic Debris tee shirt with Barry's picture is being designed & an annual Barry Newman Memorial Jam is being considered.

Barry's original Lp pressings of "Noontide" are available from Groovedigger Records, Box 196, Crofton, BC V0R1R0. Email: mojano@shaw.ca or go to: www.montenordstrom.com for info. The Noontide reissue CD is currently being re-mastered by Zak Cohen at Woodshop Studio.

The new Victoria-based Static Magazine is proud to feature Barry Newman in its inaugural January 2005 edition. Editor, Lisa Carstensen will address Barry's story & has asked me to write this feature in Barry's honour. I am happy to comply & look forward to the launch of this new musicians' magazine. 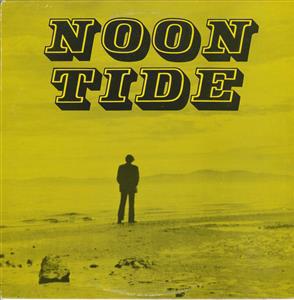