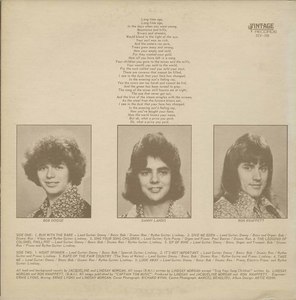 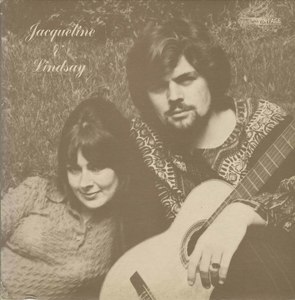 here’s an ultra rare and excellent Canadian folk rock psych duo with a band that included a very young Dan Lanois. Fuzz guitar leads, excellent harmonies, organ, bass, drums, piano, etc. If you like Homestead and Wolfe you will surely like this as well, very much in the same vein with excellent pop/psych to folk/psych and even has a good time west coast hippie vibe on a couple of tracks.

Shortly after the release of this album Jacqueline and Lindsay added other musicians to their stage line-up. At different times the group had as many as 6 members on stage.

The album was re-issued in South Korea on Beyond the Moon Records in 2012. Two tracks were deleted from the original album as Lindsay wasn't happy with the production (Sing Your Song Children and The Legend of Colonel Phillpot). The tracks were also re-organized and two forgotten tracks that were recorded at the same original session were added (Nine to Five Blues and The Fair, which have been included on this website).