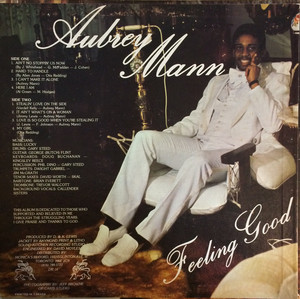 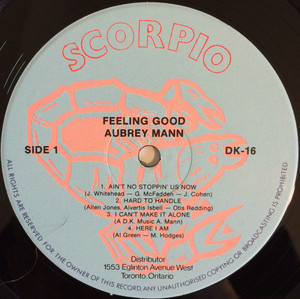 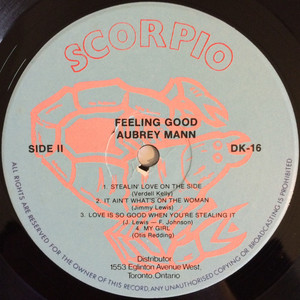 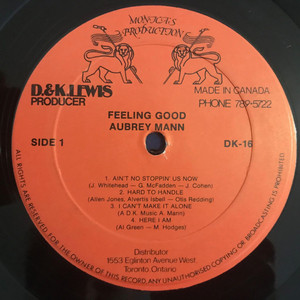 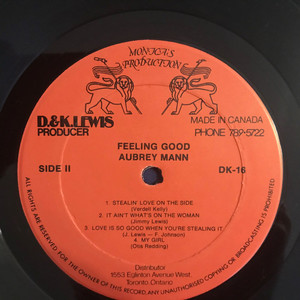 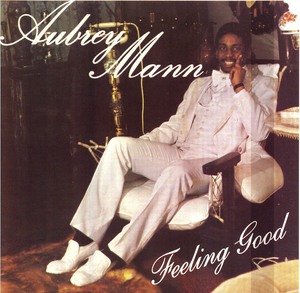 For the past 37 years, Aubrey Mann has been performing all over the globe. Aubrey’s concerts have been considered as soulful, classy and very entertaining. Dubbed as “The Love Man” by his endearing fans for the passion and intensity Aubrey exemplifies when delivering any one of his heartfelt love ballads. Aubrey has truly established himself as a skilled and experienced performer always magically energizing and captivating his audiences.

Aubrey was born in Kitty, a small village in Guyana to parents that were both prominent performers. His father, the late drummer Clem Thomas, played with the Guyana Police Band and one of Guyana’s top Dance Bands in the 50’s and 60’s, “The Washboards Orchestra Band”. He also played on the very first recording of ‘The Mighty Sparrow’, one of the Caribbean’s most famous calypsonian.

His mother, the late Sheila Mansfield-Grenardo, was one of the country’s most recognizable soprano singers. She has represented Guyana at several musical festivals all over the world, performing for presidents and heads of state and was given the ‘Golden Arrowhead’, the highest honor bestowed upon a civilian Guyanese citizen.

Aubrey began his professional singing career in 1968 with the ‘Cosmonauts’, then ‘Curtis & the MG’s and as a founding member of ‘Mischievious Guys’. Shortly after, Des Glasford, band leader for ‘Combo 7’ acquired him for the next two years. With his unique and powerful style, Aubrey quickly climbed the ranks to become one of the country’s most dynamic entertainment personalities.

In 1971, Aubrey merged his talents with the high energy showman, ‘Phil “Bumpy” Dino. Together, their act took Guyana by storm and Aubrey and Bumpy became the biggest names in show business in Guyana.

In 1974, Aubrey left Guyana for Barbados and in that same year, Aubrey released his very first single, an Otis Clay cover song, “I Can’t Make It Alone”. The record made it to the top ten and stayed there for several weeks enabling him to travel and perform all through the Caribbean.

While opening for the legendary calypsonian, ‘The Mighty Sparrow’, at the Globe Theatre in Barbados in 1975, Aubrey so impressed Sparrow that he was invited to join him for the rest of the tour. It was a fantastic learning experience, but Aubrey wanted to expand his solo career and so he left the tour.

Aubrey migrated to Toronto, Canada in 1976 and for the next 3 years performed all across Canada, the United States and Nassau, Bahamas with two different show groups; ‘Changes’ and ‘Ashiba’ respectively.

In 1980, Aubrey released his first album “Feeling Good” which included the hit song “Stealing Love On The Side”. The album was a huge success all over the world selling more than ¾ million records. This immediately garnered Aubrey several awards in Canada and the United States. In 1981, he won top male singer in Canada and was inducted into the O’Keefe Centre’s Hall of Fame in Toronto.

Throughout the 80’s, Aubrey became one of the leading black voices in Canadian radio and television commercials. He also captured the hearts of his Toronto fans as a head liner at the ‘Club Bluenote’, the hottest nightclub in the city. It was frequented by the likes of ‘Sugar Ray Leonard’, ‘Whitney Houston’, ‘Stevie Wonder’ and most any other celebrity visiting Toronto.

In 1987, Aubrey formed his now legendary R & B group; “Reflections”, and in 1995 he formed his masterpiece and most exciting musical revue, “Aubrey Mann’s An Evening At The Apollo”. This fabulous show salutes the Motown era and most of the legendary R & B entertainers who have performed at the Apollo Theatre. For the past ten years, this show has been captivating audiences all over the globe and in many diverse venues like; theatres , show rooms, ballrooms, night clubs and corporate facilities.

Aubrey’s performances are always exciting, stimulating and very entertaining and he brings a high level of class and sophistication.

Aubrey loves his audiences very much and always aims to please; would it be one, one hundred, one thousand or more!!

This album is dedicated to those who supported and believed in me through the struggling years. I give praise and thanks to God.