Guyanese born singer Aubrey Mann, is an international recording artist. For the past 48 years Aubrey has recorded and sold over 2.5 million records. His biggest hit to date is, “Stealing Love On The Side”. In the early days of his career in Guyana, Aubrey sang with the bands; “Cosmonauts”, “Curtis & The MG’s”, “Mischievous Guys”, “Night People” and “Combo 7” before moving to Barbados in 1974 and joining the very popular Spouge Group, “Lunar 7”. He made his very first recording, “I Can’t Make It Alone”, followed by “Here I Am Baby” and immediately had two big hits throughout the Caribbean.

That same year he represented Barbados in the United States for their 8th Independence Celebrations.

In 1976, The Mighty Sparrow invited Aubrey to join him on tour as his opening act and he was thrilled to do so. Later that same year, Aubrey was invited to Canada to join the powerful Funk Group, “Changes” as their lead singer and as they say, “the rest is history”. From there he moved on to the massive show group, “Ashiba” and he spent 3 years with them before leaving to make his first solo album, “Feeling Good” which produced the mega hit, “Stealing Love On The Side”.

Tribute to the Man 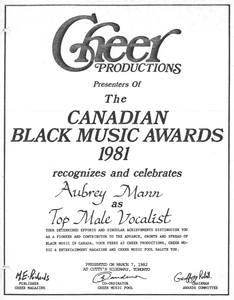 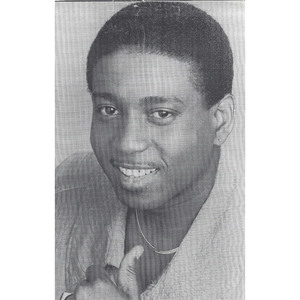