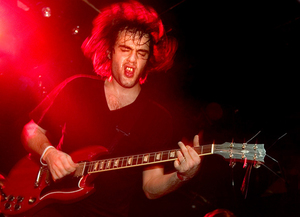 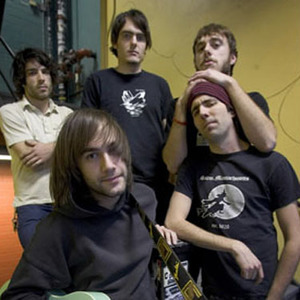 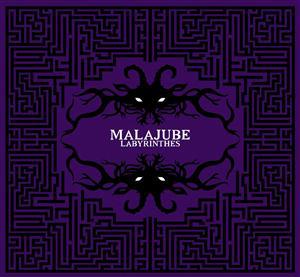 By Lorraine Carpenter
"It's not getting any easier," says Malajube's keyboardist, Thomas Augustin, about the band's four-way songwriting style. "We're more efficient now - we're able to isolate the best parts of a jam and document it and stash it away, even if it's rough and unfinished - but in many ways, the process has become more complicated. The thing is, the results are better, so it seems like we're on the right track."

By the time a band arrive at album three, having achieved any degree of success, some semblance of direction is established. Stylistically, if not aesthetically, a template is in place, making radical departures impossible, or at least unwise. Commercial and artistic expectations are such that veering off course could pose a problem to the band's career and credibility. Leave it to Malajube to strike the perfect balance.

Over the last two years, the band have proven themselves capable of overcoming linguistic and cultural barriers, appealing to audiences both mainstream and underground, and satisfying everyone from old-guard critics to taste-making bloggers to adult contemporary radio programmers. So instead of choosing a direction, either gunning for Quebec's pop charts or receding into the relatively unrestricted indie rock ether, Malajube made Labyrinthes.

The quartet (now minus keyboardist Renaud Bastien) created the record between Montreal and Saint Ursule, Quebec, where singer Julien Mineau has resided since 2007. It opens with "Ursuline," a song about a girl praying to the woman for which the small town is named - the story goes that she was canonized in the fourth century, following a Hun massacre that claimed her life, and those of the 11,000 virgins she was accompanying from England to Germany. Such grim, tawdry subject matter sets the tone for the record's lyrics, wracked with fatalist romanticism, while the song's grab-bag of nursery rhyme sweetness, lush layers of noise and loping prog-rockisms gives an equally accurate sonic forecast for an eclectic album full of unconventional structures. Labyrinthes is more concise than its predecessor, Trompe L'Oeil, but it also aims higher in every direction, all at once.

"It's still pretty pop," says Thomas. "It's not as if we felt like we had to start making experimental funk. But we'd played the old songs so much that we needed to evolve with new sounds, new ideas. So we jammed a lot, and experimented with a bunch of new things, like Gregorian chanting." (That's right - an imposing baritone harmony leads the way on the record's closer, "Cristobald.")

"The biggest difference [with Labyrinthes] was that we took our time," Francis says. "We barely had a break between [the first and second albums] because we were touring all the time, especially after Trompe L'Oeil, so there was more pressure then to write on a deadline. Whereas, for the first album, we had amassed all those songs over months and years."

Malajube's 2004 debut, Le Compte Complet, is obscure outside Quebec, and the band's origins are murky as well, partly due to a piece of misinformation on Wikipedia.

"The very first sentence says we're a band from Sorel-Tracy," complains Francis, who, along with Thomas, hails from St. Hyacinthe - Julien and bassist Mathieu Cournoyer are indeed from Sorel. "But the band started in Montreal, we're not a band 'des regions' that moved here."

All four members of Malajube relocated to the big city from their respective towns separately, in their teens, to attend either CEGEP (college) or university. Julien and Mathieu went right to work after college, while Francis and Thomas pursued higher education at English university Concordia and all four held down day jobs. (Francis was a bike courier, Thomas a campus computer lab technician.)

Each had ample experience in minor rock outfits, and with both Mineaus in Montreal, forming a band together, with two of their closest friends, was only natural. Once they had ten songs ready, they approached Martin Pelland, then-bassist for the Dears, to produce the album.

"He's from Sorel too," Francis explains, "and we had mutual friends who recommended that we show him what we were about. So we met him, gave him a demo and he agreed."

"The Dears have this image as sophisticated anglos," says Thomas, "but Martin is a real 'Queb.' It was easy to be friendly with him 'cause he's a lot like us."
-Exclaim