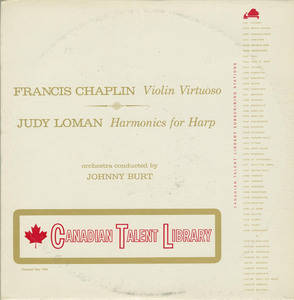 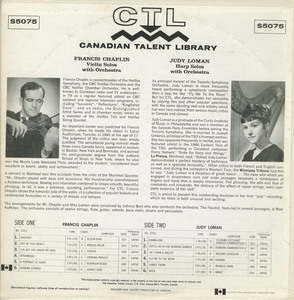 Judy Loman is a graduate of the Curtis Institute of Music, where she studied with the celebrated harpist, Carlos Salzedo.

She has been Principal harpist with the Toronto Symphony since 1960, and has appeared as a soloist with that organization in Canada, the United States, and Europe. Ms. Loman's performances are heard frequently on CBC Radio and she has recorded for RCA, Columbia, CBC, Centre Disc, Aquitaine, Marquis and Naxos. Her playing has been featured in two films by Rhombus Media, presented by the CBC and TV Ontario.

Ms. Loman teaches Harp at the University of Toronto, and has recently been appointed harp instructor at the Curtis Institute of Music in Philadelphia.