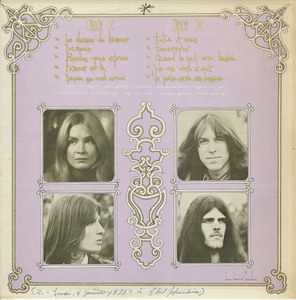 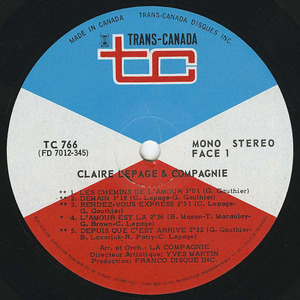 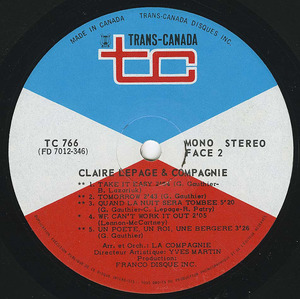 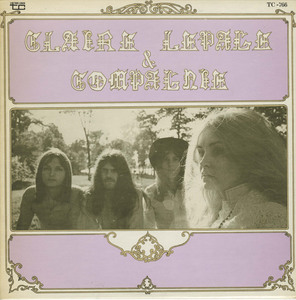 Claire Lepage and Compagnie was a french Canadian psychedelic rock band led by Claire LePage's strong vocals, Germain Gauthier, Bill Lagariuk and Richard Patri, and with the collaboration of Denis Lepage at the organ.

Claire LePage was best known as a Québecois Ye Ye girl, recording mostly French language covers of British Invasion and Motown songs, as well as a few France Gall covers (although her voice and delivery is more reminiscent of Sylvie Vartan). It’s all pretty groovy, but nothing about it really separated her from Jenny Rock and the rest of the French Canadian Ye Ye’s. However, as the 1960’s drew to a close, the Ye Ye girls faded away. Bands like Gidget and the Flying Nun were seen as silly relics of the early 60’s, where the ideal woman was childish, playful, and perky. As the 70’s dawned, musicians were supposed to be serious, weighed down by the ways of the world, and on drugs.

And while the rest of her Ye Ye sisters were hanging up their miniskirts and calling it a day, Claire LePage hooked up with Compagnie, a heavy rock band, and recorded this outstanding album. The music is heavy, funky rock, with squealing lead guitars, groovy cowbells, tambourines, some trippy delay, and nice harmony vocals.