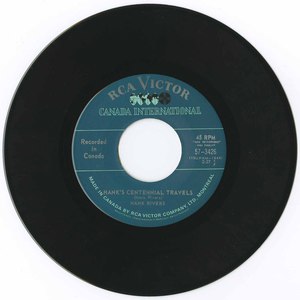 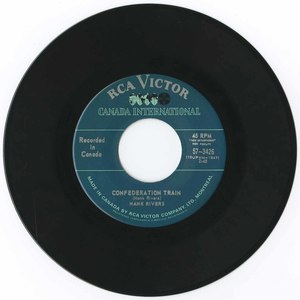 "Confederation Train" written by Hank Rivers is an upbeat, rousing country number and is about the beauty and majesty of Canada in context of Canada's 100th Centennial celebrations.

"Hank's Centennial Travels" written by Hank Rivers is a melodic mid-tempo country number about Hank's travels across Canada where he mentions Vancouver, Edmonton, Calgary, Regina , Moose Jaw and many others across the Country

Although not credited, the backup band on this single is Ted Daigle & The Music Men