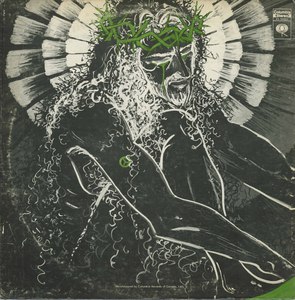 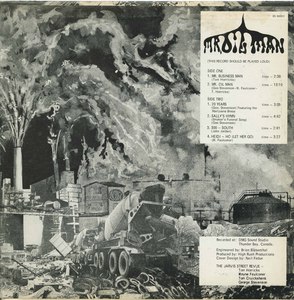 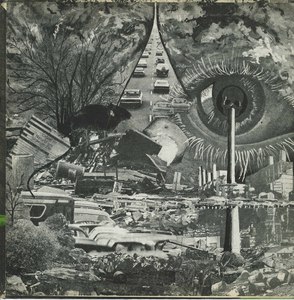 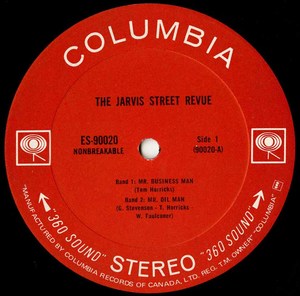 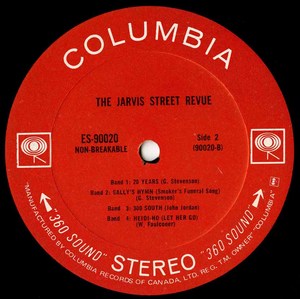 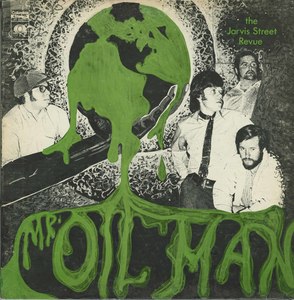 The Jarvis Street Revue was formed in Thunder Bay, Ontario in the late 60's around the talents of Tom Cruickshank, Wayne Faulconer, Tom Horricks and George Stevenson. Horricks and Stevenson had earlier been with the Toronto-based Plague and Horricks followed this with a spell in Lexington Avenue. Faulconer had been with the Winnipeg-based Satan and The D-Men.

In 1970 the band released their only album, Mr. Oil Man, which was recorded at DMG Sound Studios in Thunder Bay. It achieved minor hit status when issued as their first single. The gatefold has an amazing sleeve of Christ holding up an earth globe covered in toxic slime. The subject content of Mr. Oil Man is an environmental statement on the use and abuse of the oil reserves, the depletion of Earth’s natural resources and hazards of smoking.

The album is predominantly heavy rock with psychedelic overtones with a strong Jimi Hendrix influence in the guitar pieces. Ecological concerns mix with relaxed hippie reflections in a style similar to the Borealis LP, though the heavy acid guitar excursions on the 13-minute title track is what makes this trip worthwhile. The rest of that side is taken up by Mr. Business Man, another heavy rocker with some catchy high pitched guitar. The band are at their most psychedelic on Sally's Hymn and 20 Years has a haunting intro and some nice brass.